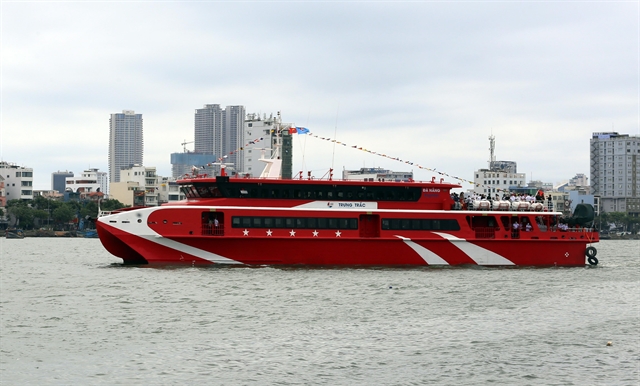 ĐÀ NẴNG — A new sea route between the central city of Đà Nẵng and the Lý Sơn islands, off the coast of Quảng Ngãi Province, has been officially launched.

It’s the first time a sea route uses a double hull ship in the region, which provides 600 seats for the 152km trip, promising safe and comfortable conditions for tourists.

The Phú Quốc Express joint-stock company, which operates the route, said the trip would offer more options for visitors to spend time exploring the islands after visiting destinations in Đà Nẵng, Hội An and Huế. 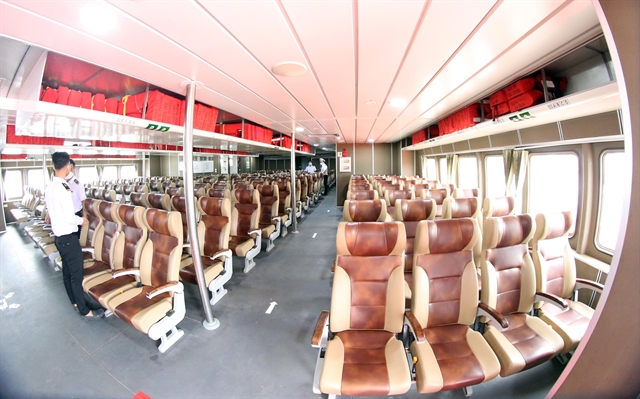 A 600-seat ship is used for carrying passengers from Đà Nẵng to Lý Sơn Islands of Quảng Ngãi. It offers ticket prices from US$26 to $39 for a single trip. VnExpress News Photo Lê Lâm

The Trưng Trắc ship will leave Đà Nẵng Tuesday and Saturday mornings and return from the Lý Sơn Islands on Wednesday and Sunday afternoons.

There is a 20 per cent ticket discount for trips from April 9-30.

Lý Sơn Islands, 24km off the coast of Quảng Ngãi, has emerged as a top destination since 2014, and it hosts around 200,000 visitors per year.

Currently, a fleet of six vessels (a total of 1,200 seats) are operating from Sa Kỳ Port in Quảng Ngãi to Lý Sơn Islands. 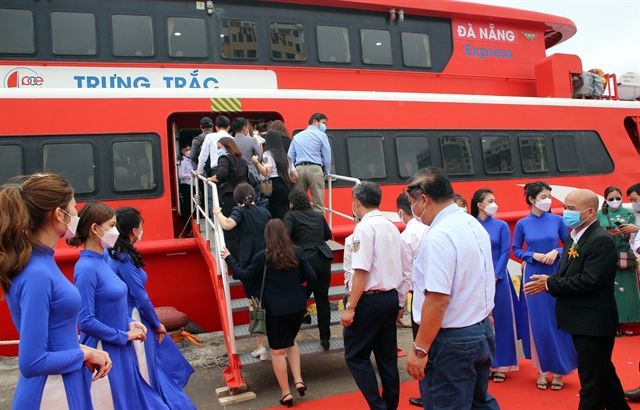 The first people get on board for a trial run of the Đà Nẵng-Lý Sơn Express ship. The sea trip expects to carry more tourists from Đà Nẵng to Lý Sơn Islands. VnExpress News Photo Lê Lâm

The company was selected as a qualified logistics and transport supplier providing services for the US naval aircraft carrier USS Carl Vinson on its visit to Đà Nẵng in 2017. — VnExpress News