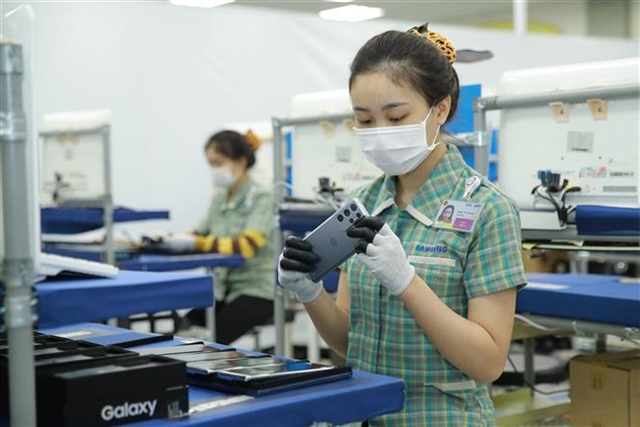 HÀ NỘI — Samsung Electronics has confirmed that it has relocated two smartphone production lines of its business partners from Việt Nam’s northern Thái Nguyên province to its Gumi plant in North Gyeongsang province of the Republic of Korea (RoK).

The move aims to avoid uncertainty in overseas manufacturing bases amid the COVID-19 pandemic, which would affect the operations of its smartphone factory in Việt Nam, the group explained.

However, the measure was not to increase smartphone production capacity or move Samsung Electronics’ production base to the RoK, it said.

Its Gumi manufacturing base in the RoK is the only smartphone line in its home country. It produces high-end handsets, such as foldable models and Galaxy S series, for the Korean market. — VnExpress News