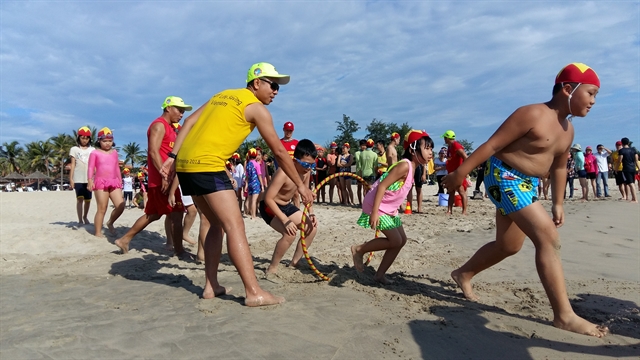 Children play on the beach of Đà Nẵng. The city will host a series of events to welcome visitors on public holidays in May. – VnExpress News Photo Công Thành

CENTRAL REGION — A series of summer festivals have been planned in the coastal central urban areas of Huế, Hội An and Đà Nẵng on national public holidays from April 27 to May 5, creating favourite sites for travellers in the post-COVID-19 recovery of tourism.

A beach festival, which includes football, folk games and performances, a kite contest and a boat race, will be held on Thuận An beach in Thuận An Town of Thừa Thiên Huế Province throughout the day and night on April 28. 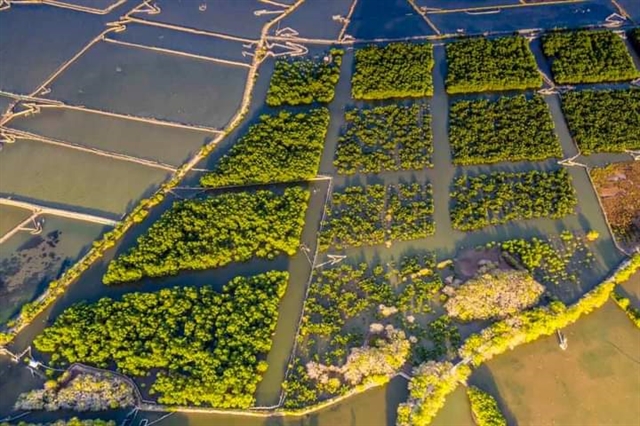 A wetland forest is seen in Thừa Thiên Huế Province. A beach festival will be held on Thuận An beach on April 28. Photo courtesy of Phong Điền forest protection sub-department

The event will help ignite the preparation for the Huế Festival – the biggest arts performance of the year – later this year. 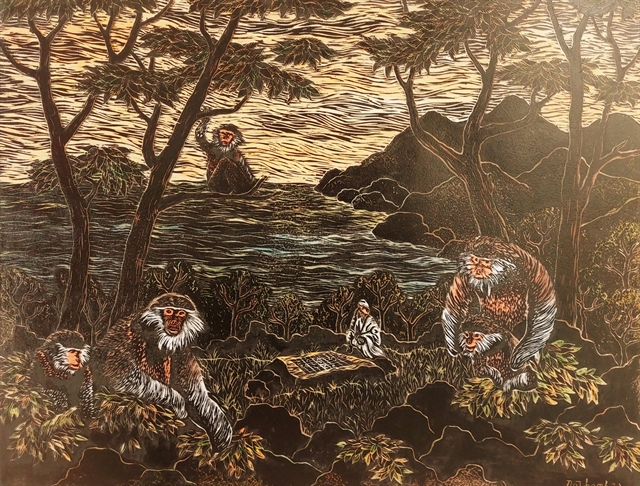 Meanwhile, the central city of Đà Nẵng will open Mỹ An Night Beach in the coastal living quarter of Mỹ An of Ngũ Hành Sơn District on April 28.

The zone will host cultural and music performances, cuisine, and night beach swimming for visitors.

Street performances will be staged on the Hàn River banks at night with the participation of local musical troupes.

An exhibition featuring 45 paintings of 40 former students of Huế Arts College will open at the Đà Nẵng Fine Arts Museum from April 27 to May 20.

A six-month-long Áo Dài (long dress) show is scheduled every night at Ngũ Hành Sơn Cultural Hall from May 1 through December 31.

A group of 600 volunteers are ready for the Clean-up Sơn Trà Day – an event hosted by the centre for biodiversity conservation, GreenViet and partners – on April 29. It aims to encourage locals and tourists to join hands in cleaning the Sơn Trà Nature Reserve – one of the most visited sites on the Sơn Trà peninsula in Đà Nẵng. 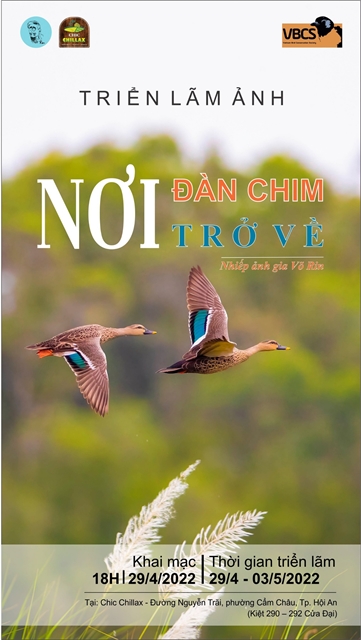 A photo exhibition on the bird species collection of photographer Võ Rin. The event will be organised at Chic Chillax cafe in Hội An from April 29-May 3. Photo courtesy of Chic Chillax

The city expects to welcome 2,500 triathletes racing in the VNG Ironman 70.3 Việt Nam and their families and volunteers on May 5-8.

In Hội An, photographer Võ Rin, a member of the Việt Nam Bird Conservation Society, will introduce his 40-photo exhibition at the Chic Chillax Cafe – a new site in Cẩm Châu paddy field from April 29 to May 3.

Rin took years to collect the best photos of bird species at wetlands in Việt Nam, and he wants to send a message on the protection and conservation of bird species while warning of the illegal catching of birds for food and pets.

Tân Thành Flea market – a weekend rendezvous for local and expat vendors – will be held from morning to night on Saturday and Sunday (April 29-30). 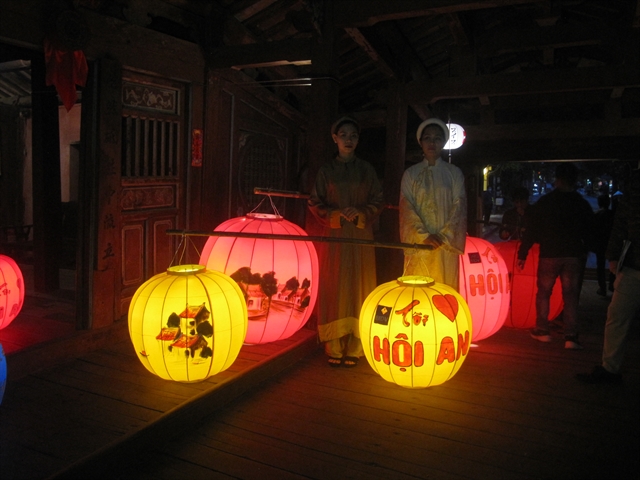 Lanterns decorate the Japanese Bridge in Hội An. The tourism hub expects to host visitors on the Reunification and May Day. – VnExpress News Photo Công Thành

A new eco-tour site — the Đông Giang Heaven – has been launched to host visitors flocking to the Đông Giang District of Quảng Nam Province on Reunification Day (April 30) and May Day. — – VnExpress News