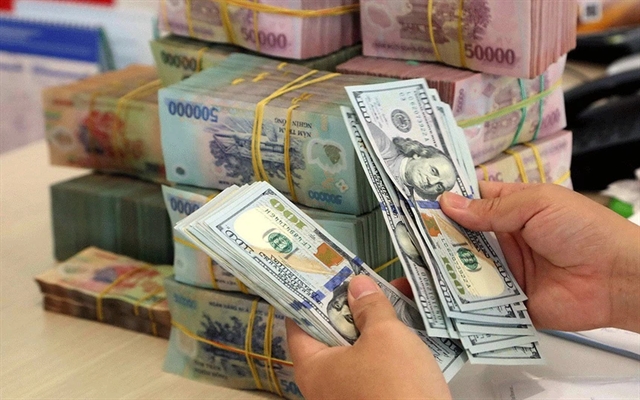 Raising capital from public debts for the socio-economic recovery programme is needed to pay attention to efficient use of capital and safety, and the sustainability of the State budget. — Photo danviet.vn

HÀ NỘI — Việt Nam managed to control public debt within a safe level with gradually slowing year-on-year increases. However, according to the Ministry of Finance, the economy was severely hit by the COVID-19 pandemic in the past three years.

The finance ministry said that the process of raising capital from public debts for the socio-economic recovery programme needed to pay attention to efficient use of capital and safety and the sustainability of the State budget and public debt in the medium and long term.

Statistics of the ministry’s Department of Debt Management and External Finance showed that the public debt of Việt Nam dropped from 63.7 per cent of GDP in 2017 to 55.9 per cent in 2020. When the GDP was revised, the public debt stayed at 43.7 per cent.

The department’s Deputy Director Võ Hữu Hiển said that the policy of limiting the issuance of Government guarantees for new loans, improving the efficiency of official development assistance (ODA) and foreign concessional loans helped bring the public debt on a decreasing trend.

The percentage of foreign loans in the Government debt also fell from 60 per cent in 2010 to 40 per cent in 2016 and nearly 33 per cent at the end of 2021, which contributed to reducing the foreign exchange rate risk, Hiển said. Government bonds accounted for 86 per cent of the domestic debt, and issuances since 2017 were all of the five-year term or longer.

According to Đinh Trọng Thịnh from the Academy of Finance, the public debt level stayed within the limit approved by the National Assembly, theoretically meaning that Việt Nam could increase borrowing to meet development demand.

However, the ability to absorb capital of the economy must be considered, especially in economies like Việt Nam, which had a medium capacity for capital absorption. Japan and the US had high public debt levels, but they had huge economic potential with good capital absorption capacity and capital use efficiency.

The ministry said that the lessons learned from the previous period were that increasing spending, loosening fiscal and monetary policies and expanding Government-backed loans to prevent an economic decline in 2008-11 caused the public debt level to increase rapidly, averaging 18.1 per cent per year in 2011-15, creating high pressure of debt payment in the short term.

The finance ministry said that it was necessary to ensure the efficient use of capital and State budget safety and sustainability.

Under the recently approved public management programme for 2022-24, the Government planned to borrow a maximum sum of VNĐ646.8 trillion (US$27.5 billion) to cover overspending and debt repayment.

Hiển said that based on the disbursement of capital, the ministry would be flexible in using appropriate tools to raise domestic and foreign resources to meet the capital demand, including Government bond issuance, ODA and foreign concessional loans.

The focus would be placed on raising capital from domestic sources first. If domestic sources were still significantly short of the demand for covering overspending for development investment and debt repayment, the Government would study the issuance of international bonds when the market conditions are favourable. — VNS