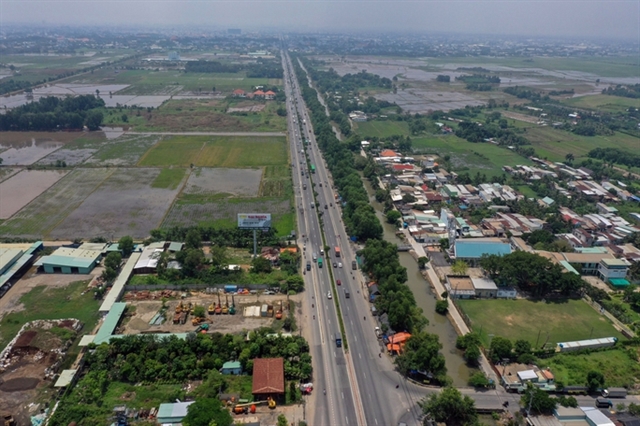 In April, at a conference held to solicit investment in the two districts, businesses signed 31 memorandums of understanding for future investments of US$16.2 billion. Ten projects worth over $430 million were also licensed at the time.

President Nguyễn Xuân Phúc told the conference that the two districts had great growth potential, and referred to them as “sleeping dragons.”

But they suffer from underdeveloped traffic infrastructure compared to other districts.

National Highway No. 22 (connecting the city centre with its north-western part) is often overloaded while roads connecting adjacent provinces are in poor condition and congested.

“Many investors have come here planning to open factories, but were discouraged by the infrastructure.”

He gave the Nhị Bình flower field as an example. It is very popular among youths, and the owner wants to expand it but is unable to do so since the surrounding lands are earmarked for city development plans that have been in limbo for a long time.

Many other projects have also been delayed for many years, and they are simply taking up land.

For example, the 6,000ha North-western HCM City Urban Area located between the two districts and touted as one of HCM City’s satellite cities with many commercial, educational and medical facilities was announced around 20 years ago.

But it has been a non-starter despite the city making numerous efforts to attract investors.

Thousands of households living in the project area have been hesitant about spending money to fix their deteriorating houses.

“To attract investors to the districts, HCM City needs to upgrade their key roads such as National Highway No. 22.”

To do this, HCM City needed to make clear and consistent land plans and the centre of the place should be used for housing for workers and experts, he said.

Businesses are seeking the city’s assistance for carrying out projects, especially with land acquisition and compensation. – VNS