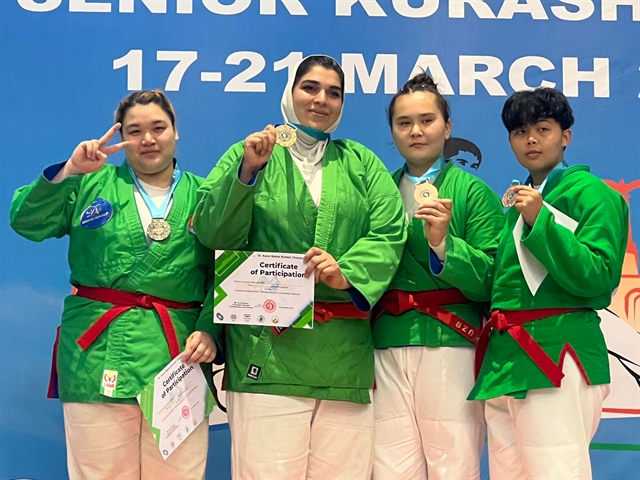 National team head coach Nguyễn Tuấn Học said that the results could have been better for Việt Nam but for some regrettable mistakes but it would be a good lesson for his athletes in upcoming events.

Athletes received VNĐ10 million and VNĐ5 million each for their silver and bronze, respectively, sponsored by Việt Nam’s DinhLe Group.

Ten Kurash athletes and two coaches will fly to Uzbekistan to continue their training until March 30 before returning home to prepare for the 31 Southeast Asian (SEA) Games in May in Hà Nội and the 19th Asian Games (ASIAD) in September in Hangzhou, China.

Six of the champions will defend their crowns while the others expect to gain strong results this summer at the Trịnh Hoài Đức Gymnasium in Hà Nội.

At the previous ASIAD in 2018, Nguyễn Thị Lan won the only bronze medal for Việt Nam. She is hoping for a medal this time around,

“All countries will make their best preparations for the SEA Games. Our athletes are asked to pay 100 per cent attention to training (to complete a target of at least five golds),” said Nguyễn Hữu An, head of Kurash section of the Việt Nam Sport Administration.

“We have researched all teams and reviewed our capacity to come to our five-gold target. Although we will complete as hosts athletes, we must work hard for the best results,” said An.