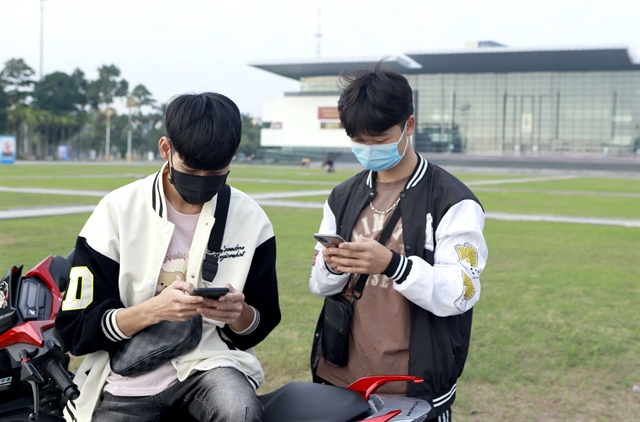 HÀ NỘI — The Ministry of Information and Communications has established a steering committee on the research and development of sixth-generation wireless (6G) technology.

Led by Minister Nguyễn Mạnh Hùng, the committee is responsible for researching and proposing to the competent authorities strategies, mechanisms and policies on how to beef up the development of 6G in the country.

It is in charge of monitoring the research and development on standards, production and commercialisation of 6G technology in the world, as well as combining research, forecast development trends of the domestic and international telecommunications markets.

This move is in line with Việt Nam’s policy of developing 6G technology in 2022 which Minister Nguyễn Mạnh Hùng emphasised in a meeting last month. He said it’s high time for Việt Nam to get ahead of the development curve and strengthen its digital infrastructure with an objective to become one of the world’s leading nations in 6G technology.

Việt Nam is in the phase of commercial testing of 5G networks, provided by Viettel, VNPT and MobiFone in some big cities (only certain areas) with an average download speed of about ten times faster than 4G.

According to the press release on the ministry’s website, the ministry will possibly license 6G frequencies in 2028, before the commercialisation of 6G.

6G technology is the successor to 5G cellular technology which is expected to support data rates of 1 terabyte per second and will take us one step further to the virtual world.

Several technologies of potential are being considered as enablers for the 6G network, such as Free Space Optics, quantum communications, unmanned aerial vehicles, artificial intelligence (AI), and big data analytics. The application of the 6G network is expected to help build a super-smart society with smart houses, smart transport, and smart cities, to improve the quality of life for citizens.

According to the cycle of development, each new generation of networks is usually deployed after 10 years and 6G is expected to be commercialised by 2030. Countries around the world, including the US, South Korea, China, Japan, and Finland have already joined the race for 6G network development.

According to information technology experts, despite being the trend of the future, commercialisation will depend on many factors such as user demand, terminal equipment, and the investment performance of enterprises.

However, the early involvement in 6G research and design would benefit enterprises as once they own patents related to communications standards they would be able to reap substantial benefits through selling software and equipment.

Currently, 4G networks cover 99.8 per cent of the nation, with the number of smartphone owners in Việt Nam increasing from 59.2 per cent in 2018 to 75 per cent in 2021. The Vietnamese government expects that from 2023, all Vietnamese people will own smartphones, making 5G commercialisation “an inevitable reality”. — VnExpress News