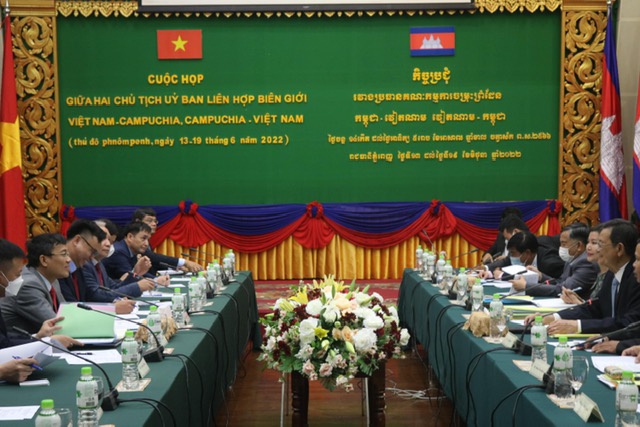 The meeting was held in Phnom Penh on land border demarcation and marker planting between Việt Nam and Cambodia. — Photo baochinhphu.vn

The two sides focused their discussion on measures to ensure the stability of the border and boundary markers in order to contribute to consolidating and building a border of peace, stability, friendship and cooperation for mutual development between the two countries.

Plans will be rolled out and implemented to address old markers that still exist in the field in areas where the demarcation has been completed; repair a number of border markers that are damaged or at risk of landslide; add a number of poles to clarify the direction of the border line in some areas where the demarcation has been completed but there are still identification difficulties.

The two sides affirmed their determination and efforts to find a fair and reasonable solution acceptable to both sides to complete the remaining 16 per cent of border demarcation and marker erection.

They also agreed on the necessity of developing a new agreement on border regulations to replace the one signed in 1983 in order to facilitate coordination in management of the shared border. — VNS