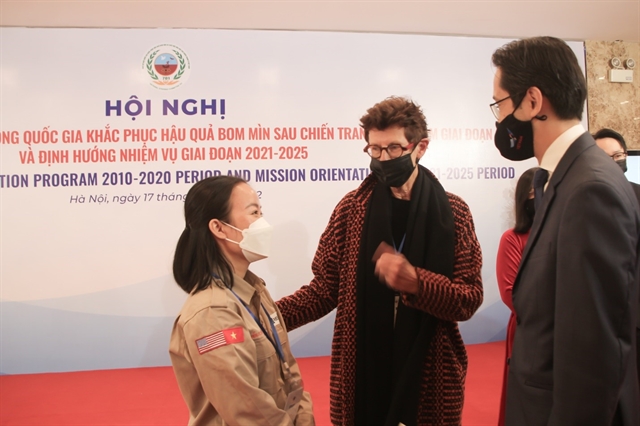 Nguyễn Thị Diệu Linh talks with Norwegian Ambassador Grete Lochen at the conference on the national action plan to address the post-war unexploded bombs 2010-20 held in February 2022 in Hà Nội. — Photo courtesy of the Norwegian Embassy

QUẢNG TRỊ — The world observes International Women’s Day on March 8. The theme chosen by the United Nations this year is “Gender equality today for a sustainable tomorrow.”

International Women’s Day presents us with an opportunity to celebrate the political, social, economic and cultural achievements of women and girls worldwide.

The project ‘Restoring the Environment and Neutralising the Effects of the War’ (RENEW) is an opportunity for us to recognise the contributions of women who play a key role in ongoing joint efforts to address the lingering challenges caused by the legacies of a war that ended 47 years ago.

Launched in 2001 as a cooperative programme between the government of Quảng Trị Province and international NGOs, the RENEW project integrates Risk Education, Victim Assistance, and Survey and Clearance into a coordinated programme of action – the only such model in Việt Nam.

From a core staff of four personnel in 2001, RENEW has grown to a full complement of 265 employees, 30 per cent of whom are women. 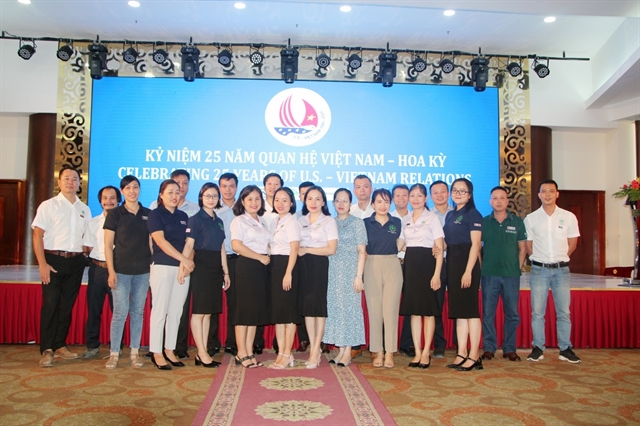 Women hold many senior management positions in the RENEW-NPA Survey and Clearance Programme funded by the US Department of State.  — Photo courtesy of the Norwegian Embassy

Women have become an essential part of its local human resources needed to deal with unexploded bombs and deliver assistance services to the families affected by the legacy of war in the province.

“When I started to work in mine action, only a few women were working in operational roles, usually as a medic or translator,” said Nguyễn Thị Diệu Linh, who joined RENEW in 2009 as a translator.

In her current role as Norwegian People’s Aid (NPA) Provincial Programme Manager at RENEW, this mother of two is responsible for all activities, from overseeing finance and operations to donor reporting to coordinating with partners. 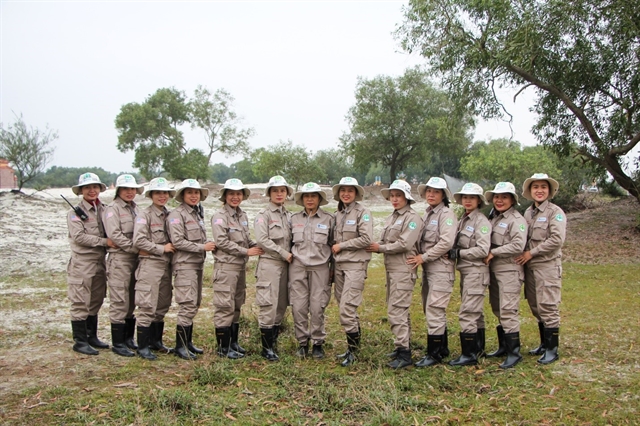 The all-women clearance team of RENEW-NPA, the first of its kind in Vietnam, has been deployed since October 2018.  — Photo courtesy of the Norwegian Embassy

Grete Lochen, Norwegian Ambassador to Việt Nam, recalled her visit to RENEW in 2019 in a video message on its 20th anniversary.

“I saw the importance of the coordinated and holistic approach when it comes to mine action in terms of the survey, clearance, mine risk education, victim assistance, and of course ensuring a gender perspective in all aspects of mine action activities.”

She joined RENEW in 2015. She worked with many different teams at RENEW-NPA before being promoted to lead this all-women emergency response team last December.

The 30-year-old mother from Gio Linh District is the person at the group’s Victim Assistance/Disability Support Programme who maintains daily contact with beneficiary families through local disability associations. 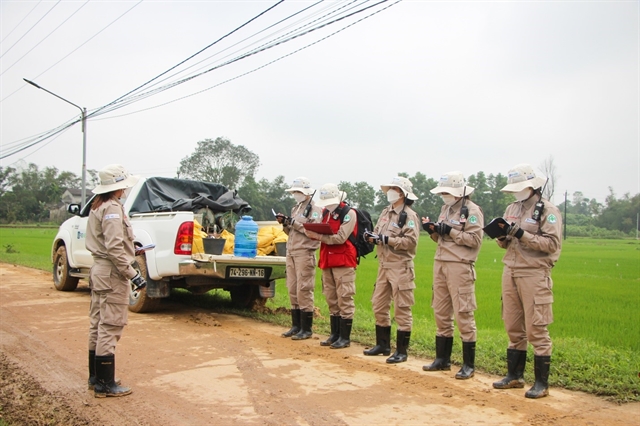 Lựu is responsible for coordinating with local authorities to conduct need assessments among families of bomb accident survivors, agent orange/dioxin victims, and other disabled persons.

Gender responsiveness and sensitivity have been one of the priorities for RENEW’s Explosive Ordnance Risk Education programme funded by Irish Aid.

Accordingly, risk education sessions are designed and implemented at various levels to ensure that project activities reach diverse groups of boys, girls, men, and women regardless of ethnicity, religion, disability, or socioeconomic status.

Since 2008, RENEW has partnered with Norwegian People’s Aid, one of Norway’s leading humanitarian disarmament and mine action organisations, to implement a survey and clearance of explosive ordnance in the province thanks to funding provided by the US Department of State.

Together with other international mine action organisations, RENEW-NPA is committed to assisting provincial authorities to achieve the goal of making the province safe from explosive ordnance in 2025. — VnExpress News