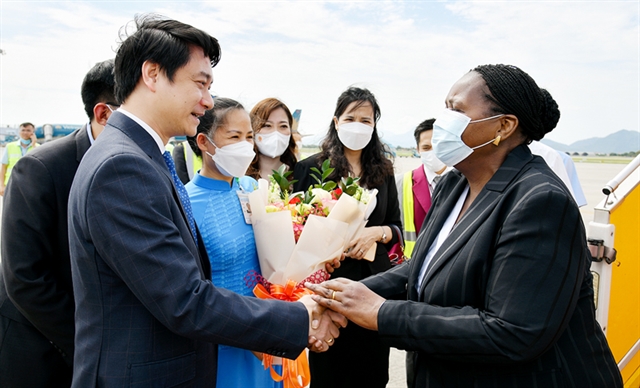 This is the first visit to Viet Nam by Esperanca Laurinda Francisco Nhiuane Bias in her current post since taking office in January 2020. It is also the first by a president of Mozambique’s legislative body to promote joint work between the two parliaments.

Welcoming the Mozambican delegation at Nội Bài International Airport were Vice Chairman of the NA’s Committee for External Relations Lê Anh Tuấn and Mozambican Ambassador to Vietnam Leonardo Rosario Manuel Pene, among others.

The visit is expected to strengthen and spur the two countries’ traditional friendship and multifaceted cooperation, particularly in the parliamentary sphere.

It is a highlight in the nations’ bilateral engagements toward marking the 50th anniversary of their diplomatic relations which were established on June 25, 1975.

The two sides set up their inter-government committee in May 2008 and conducted regular exchanges of their Party and State delegations.