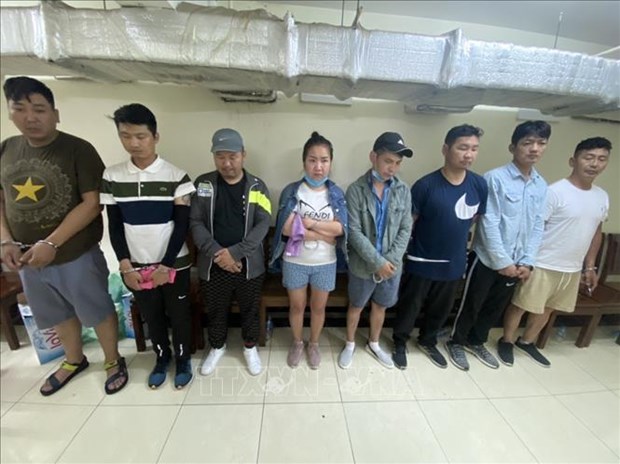 The Mongolian citizens are accused of being involved in a theft of nearly $51,800. — VNA/VNS Photo

HÀ NỘI — A seven-strong gang of Mongolians are being investigated for stealing credit cards and buying gold worth thousands of US dollars.

Some of the group entered a Phở (noodles) restaurant on Lý Quốc Sư Street in Hoàn Kiếm District on June 3 and stole from a Swedish couple.

They then used their ATM and credit cards to purchase gold worth nearly VNĐ1.2 billion (US$51,800).

As soon as the Swedish man discovered he had lost his wallet, he went to a local police station to report the crime. Later, the police arrested the group of Mongolians involved in the case.

Investigators determined that six of them directly engaged in the crime and the other did not enter the restaurant. However, he still received the money taken from the thieves.