Market violation cases on the rise despite fines 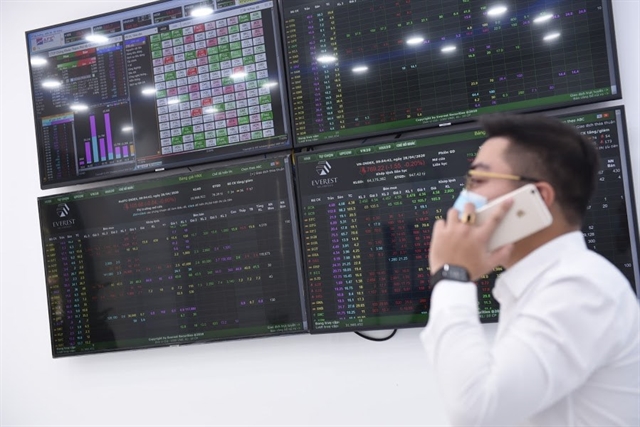 An investor walks past a board showing stock indices. If stock manipulation activities are not detected early, the illegal profits of the violators will become very large. VNA/VnExpress News Photo

HÀ NỘI — Although the current Securities Law includes severe penalties, the number of stock price manipulation cases is increasing, causing great damage to the market and frustration for investors.

According to Nguyễn Hoàng Hải, Vice Chairman of the Việt Nam Association of Financial Investors (VAFI), the recent case of FLC Group’s Chairman Trịnh Văn Quyết arrested for alleged stock manipulation is just one among numerous other violations in the stock market.

“The key problem was that the current management and supervision of the market regulators, as well as the State Securities Commission, has not been effective enough,” Hải told Việt Nam News Agency.

Many countries around the world have a model of a securities commission, whose leaders came from different units within the State agencies. The commission had independent leaders such as the chairman, secretary-general, and permanent members, Hải said.

“However, the current model of Việt Nam’s State Securities Commission is a single-leader model, so decisions on personnel, inspection, supervision, and licensing are made by only one leader. Unlike the other models around the world now, licensing and post-testing processes are made by two different leaders. In my opinion, it is necessary to have reforms at the Việt Nam State Securities Commission,” said Hải.

According to the new Securities Law, the supervision over the stock market has covered three levels, from securities companies, the Stock Exchange to the State Securities Commission.

A representative of the State Securities Commission said that this supervision was a regular and continuous practice, so signs of abnormal trading of stocks were monitored very closely.

The State Securities Commission would conduct unexpected inspections when detecting signs of law violations by organisations and individuals, especially signs of market manipulation, he said.

Stocks with unusual trading movements were always closely supervised by many agencies, across many levels. If detecting signs of violations, the commission would conduct or co-ordinate with functional agencies to inspect and handle violations according to the law, he said.

If stock manipulation activities are not detected early, the illegal profits of the violators will become very large.

Although the authorities have detected and handled many violations on information disclosure on the market, most of them were just administrative sanctions. Since most of the fines are small amounts, many large shareholders are willing to trade off fines for profits.

Just a few cases have been brought to criminal trial.

At the beginning of 2022, the Investigation Police Agency under the Ministry of Public Security was investigating acts of creating fake supply and demand, manipulating the share prices of SANA WMT Joint Stock Company, now named ASA Joint Stock Company (ASA).

Based on the results of the investigation, it was found that Nguyễn Văn Nam, former Director of ASA Joint Stock Company, had created fake documents to falsely increase 7 million ASA shares, equivalent to VNĐ70 billion (US$3 million), listing 7 million shares of ASA on the Hà Nội Stock Exchange (HNX) for sale and illegally collected money.

The investigative police agency then issued a decision to prosecute a criminal case, arrest Nam and accused him for the charge of fraud and appropriation of property.

Defendant Giang directed some employees to open 70 different accounts at 24 securities companies. The defendant directly used these accounts to apply margin trading, guarantee late payment, or borrow money from other individuals to get money to buy and sell CDO shares to create liquidity and push up the share prices of CDO.

As a result, 572 investors suffered losses of VNĐ11.2 billion, in which 33 investors claim damages amounting to VNĐ1.8 billion.

In May 2020, the Hà Nội People’s Court also opened a first-instance trial of the case of stock market manipulation that occurred at Bình Thuận Mineral and Industry Joint Stock Company (KSA).

In this case, a number of defendants were sentenced to prison. The court sentenced Phạm Thị Hinh, born in 1975, former Chairman of the Board of Directors of KSA, to 18 months in prison.

Previously, on May 7, 2019, the Hà Nội People’s Court opened the first-instance trial of the case of manipulating securities prices, fraudulently appropriating assets, by defendant Trần Hữu Tiệp, former Chairman of the Board of Directors of the Central Mining and Mineral Import Export Joint Stock Company (MTM) and 14 accomplices.

This is the first case brought to trial by the Hà Nội People’s Court on the act of manipulating securities prices.

The court sentenced defendant Trần Hữu Tiệp to life imprisonment for the crime of “fraudulent appropriation of property”. For the same crime, two defendants Vũ Thị Hoa and Nguyễn Lê Trường received 12 years in prison. Bùi Thiên Lý and Đỗ Hữu Tài were both sentenced to 30-month suspended sentences by the Court, with a probation period of 5 years. VnExpress News