Tourism hit by lack of personnel after reopening 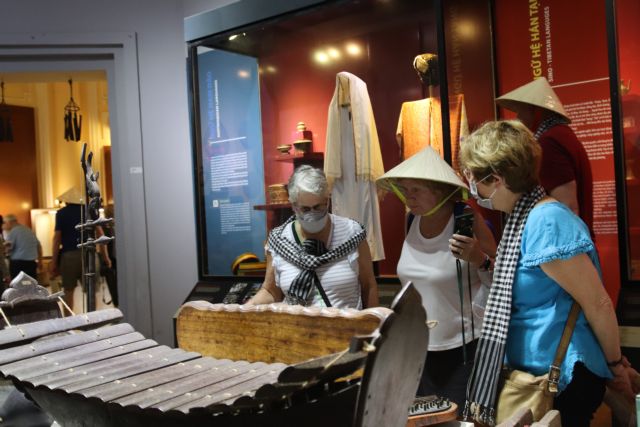 Lack of human resources is a global problem for the tourism industry, and Việt Nam is no exception, Bùi Thị Ngọc Hiếu, deputy director of the city Department of Tourism, said.

It has been a longstanding issue in HCM City and was only exacerbated by the COVID-19 pandemic, she told a workshop on May 13.

Around 80 per cent of workers were laid off or moved to other industries during two years of pandemic restrictions, creating a huge worker shortage, she said.

The city is a leader in training people in tourism specialities, and has 24 universities, 20 colleges and 19 vocational schools, according to Hiếu.

More than 12,000 people graduate from them every year, meeting around 60 per cent of demand, she said.

Tourism authorities are stepping up efforts to address the shortage, she said.

Nguyễn Quý Phương, head of the Việt Nam National Administration of Tourism’s travel department, said the pandemic affected the economy, and tourism was the worst hit.

A large number of workers in the tourism sector sought work elsewhere, worsening the shortages, he said.

Travel demand was expected to bounce back sharply as localities were focusing on efforts to stimulate domestic travel, he said.

The country fully reopened to international tourists since mid-March, he said.

Around 41,000 visitors came to Việt Nam in the first month since reopening, he said.

“There are promising signs for tourism recovery and growth this year.

“It is vital to invest in human resources in the long run with a focus on digital transformation and Industry 4.0.” —- VnExpress News