Since establishing diplomatic relations in 1976, Kuwait has been one of Việt Nam’s important partners in the Middle East and the Gulf region in particular. In order to lay the foundation for future developments, in 2003, Việt Nam chose Kuwait as the first country in the Gulf region to open the Embassy, ​​and in 2007, Kuwait also opened the Embassy in Hanoi and Consulate General in Hồ Chí Minh City.

While acknowledging the importance of promoting bilateral cooperation fields, Việt Nam and Kuwait regularly coordinate and exchange delegations at all levels. In 2007, the Prime Minister of Kuwait, His Excellency Sheikh Nasser Al-Mohammed Al-Ahmed Al-Sabah, paid an official visit to Việt Nam and in 2009, Prime Minister Nguyễn Tấn Dũng also made a State visit to Kuwait.

Continuing the strong development momentum in bilateral cooperation, in 2016, Kuwaiti Prime Minister His Excellency Sheikh Jaber Al-Mubarak Al-Hamad Al-Sabah paid an official visit to Việt Nam to mark the 40th anniversary of their establishment of diplomatic relations between the two countries. 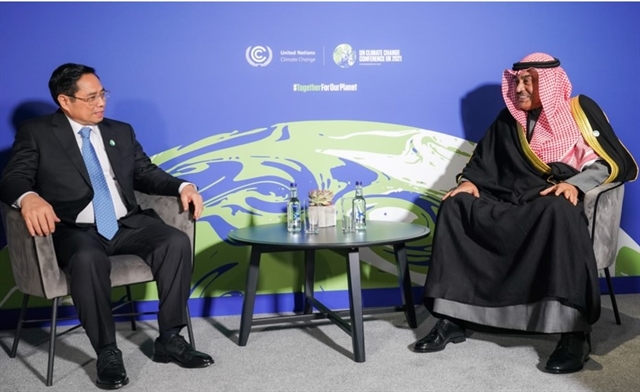 In addition to the State visits, Việt Nam and Kuwait also witnessed many visits between ministries and sectors with leading roles in developing the bilateral economy, most recently was the visit in October 2021 by Deputy Prime Minister – Minister of Oil, Electricity, Water and Renewable Energy Dr. Mohammed Abdullateef AlFares.

Economic cooperation and bilateral trade exchanges between Việt Nam and Kuwait play a vital role in narrowing the geographical distance between the two peoples. Bilateral import and export turnover between the two countries has reached nearly US$3.6 billion in 2019 and $3.2 billion in 2020 although this is the year that all countries in the world are affected by the COVID-19 pandemic.

At a meeting on the sidelines of the COP26 Summit in November 2021 in the United Kingdom with Prime Minister Phạm Minh Chính , Kuwaiti Prime Minister His Excellency Sheikh Sabah Khaled Al-Hamad Al-Sabah, highly appreciated the development of Việt Nam-Kuwait relations during the period, and affirmed that the two countries need to coordinate more to raise the level of bilateral cooperation and promote the negotiation of cooperation and agreements. The two sides agreed to strengthen the comprehensive relationship, and pay attention to promoting cooperation and investment projects between the two countries, especially in the field of oil and gas, which both sides have great potential. 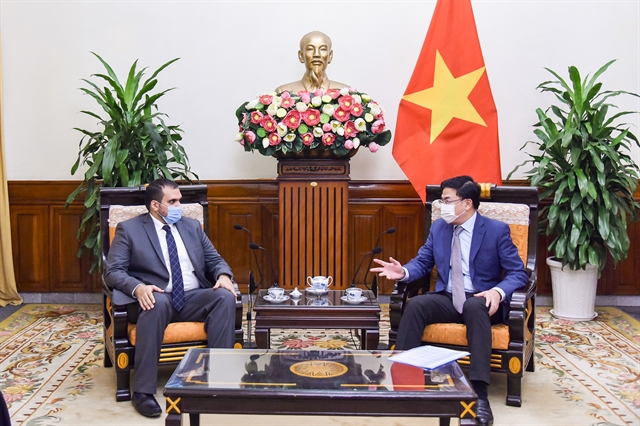 The two sides agreed to continue strengthening the exchange of delegations, especially high-level delegations; organise meetings of the Intergovernmental Committee and Political Consultation between the two Foreign Ministries; coordinate in reviewing and promoting cooperation documents, especially in the economic field. In the context of the complicated development of the COVID-19 pandemic, the two sides can enhance online meetings and signings.

The two sides agreed to step up investment and trade promotion activities, and cooperate in the prevention of COVID-19, towards a sustainable recovery after the pandemic. VnExpress News