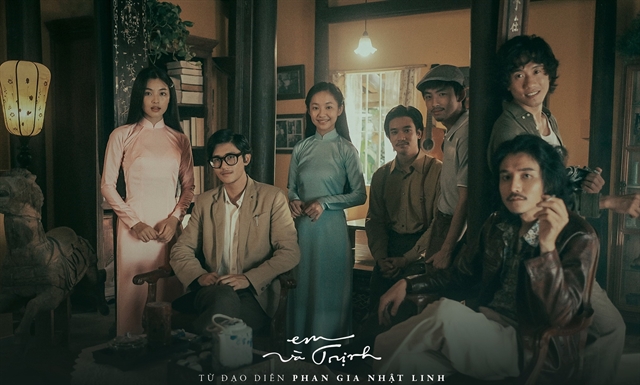 Promotional poster of Em và Trịnh (You and Trịnh). Photos courtesy of the producers

HÀ NỘI — The cast of Em và Trịnh (You and Trịnh), the much-anticipated film about the celebrated late songwriter Trịnh Công Sơn that will hit cinema screens nationwide this June, has been revealed by the producers.

The film features the life and career of Sơn, a talented songwriter in Vietnamese contemporary music, from his youth to middle age. Em và Trịnh will focus on the songwriter’s love stories with some of his “muses”, like Ngô Vũ Dao Ánh, Ngô Vũ Bích Diễm and singer Nguyễn Thị Thanh Thúy, who inspired him to compose many famous romantic songs.

The film was expected to be premiered last year on the 20th anniversary of his death. However, its production and screening were delayed due to the impact of the COVID-19 pandemic. It will be officially screened nationwide on June 17.

Playing songwriter Sơn in his youth is actor Avin Lu who starred in the romantic film Sài Gòn Trong Cơn Mưa (Sài Gòn in the Rain), released in 2020.

To accurately portray Sơn, the 26-year-old lost 10 kilos of weight, learned to speak with a Huế accent and learned Sơn’s handwriting. 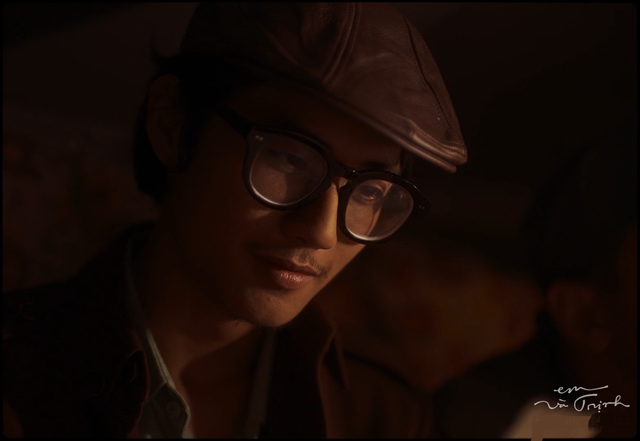 Avin Lu, whose real name is Lương Anh Vũ, said in an interview with Thanh Niên (Young People) newspaper that the changes to his appearance and habits don’t concern him as much as his ability to truthfully portray the songwriter, as Sơn is a great Vietnamese musical monument.

To understand Sơn’s thoughts, the actor revealed that he had to adapt himself to a slow living pace, isolation and loneliness, in addition to receiving many suggestions and support from the late songwriter’s family. 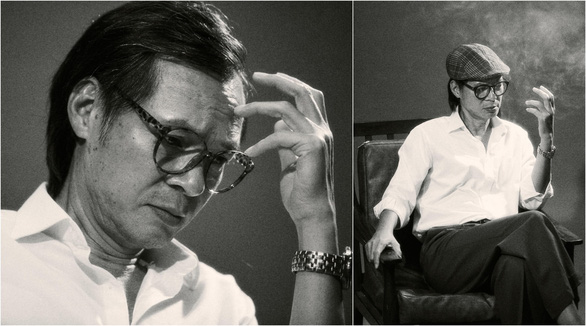 Em và Trịnh also marks the return to the big screen of senior actor Trần Lực, after a ten-year absence. The 59-year-old actor plays Sơn in his middle age.

“Songwriter Trịnh Công Sơn is so famous. His music and personality have penetrated the lives of so many Vietnamese people. But the harder and more challenging the role is, the more I am interested,” Lực said.

“Embodying Sơn in the film, I will live with the joys, sorrows and losses of the talented musician I admire. This is a great character, a great role that I have been waiting for more than a decade.”

Em và Trịnh has recently caused a stir on social media when the producers revealed images of the actresses portraying three of Sơn’s five “muses”. 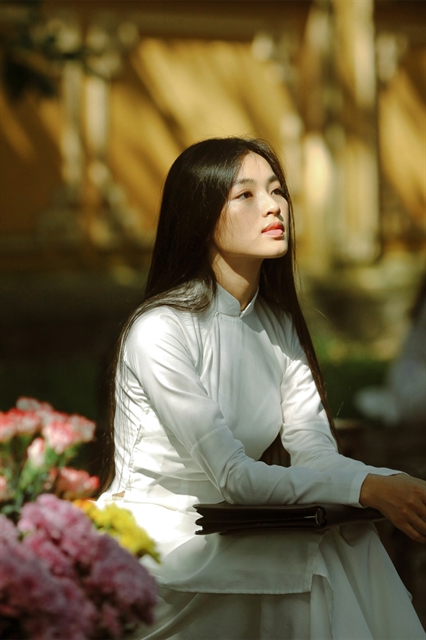 Diễm, the first love of the songwriter and his inspiration to write the famous love song Diễm Xưa (Diễm, My Cherished Memory), stars Thy, a renowned model in HCM City. As well as modelling, she also acts in many advertisements and musical videos.

Triumphing thousands of candidates over three rounds of casting, the 23-year-old was entrusted by director Phan Gia Nhật Linh with the role.

“Thy, a young actress with both a gentleness and an inner rebel, made a strong impression on me,” Linh said. 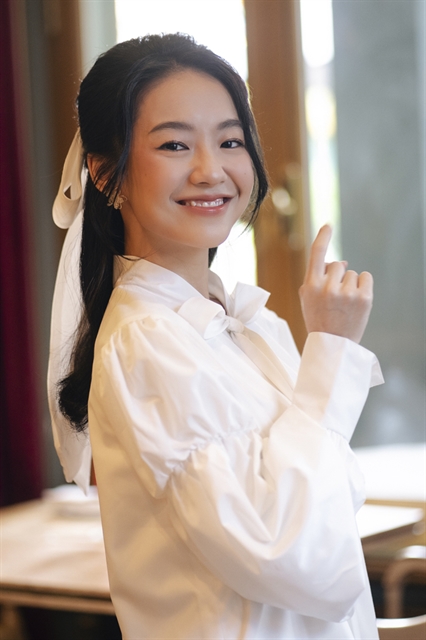 Diễm’s sister, Ánh, with whom the songwriter holds the deepest love, is played by young actress Hoàng Hà. Possessing a gentle and elegant beauty, the promising actresses can be compared with Ánh in real life.

The director of Em và Trịnh first met Hà on an acting course and encouraged her to audition for the role. The similar appearance, natural acting and inspirational voice of the 26-year-old actress helped her to surpass hundreds of candidates over five casting rounds to become another of Sơn’s “muses” in the film.

The actress had to lose three kilos and practise singing to play Ánh.

“I’m already petite, but girls in the 1960s were even thinner, so the director suggested I lose a little weight. Besides, I also need to practise singing. Though Ánh is not a singer, she could sing well,” Hà said. 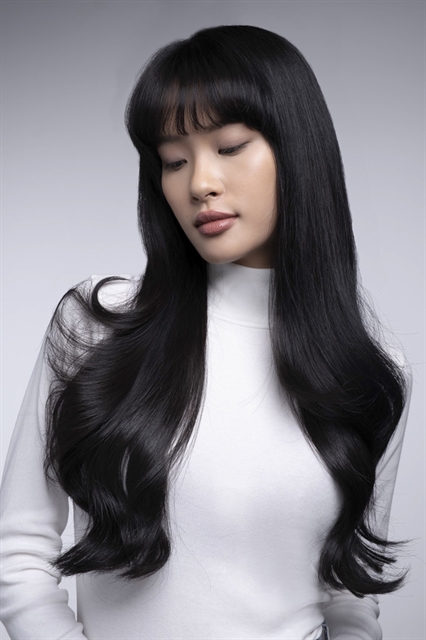 The last Sơn’s “muse” revealed by the film producers is singer Thanh Thúy, acted by 21-year-old actress Phạm Nhật Linh. The songwriter once wrote about Thúy after seeing her shed tears while singing on stage: “Those tears were like a little rain on my fragile soul that made me move backwards, even further to a more distant world that once made me cry.” She also became Sơn’s inspiration to write his first song, Ướt Mi (Crying Eyes).

During the casting rounds, Linh surprised the director with her similarities in appearance and voice with the singer. After three rounds, the actress, who also hails from Thủy’s hometown in Thừa Thiên – Huế Province, was selected for the role. With a singing gift, she was encouraged by musician Đức Trí to perform the songs in the film herself,  instead of using others’ as originally planned.

“Em và Trịnh has been thoroughly invested in its characters, making it a classic film that can not be missed this summer,” said Lê Trường Sơn. – VnExpress News

Previous Patriarchal blaming of sexual violence victims can silence, even kill
Next Sadio really is a Mane for all seasons