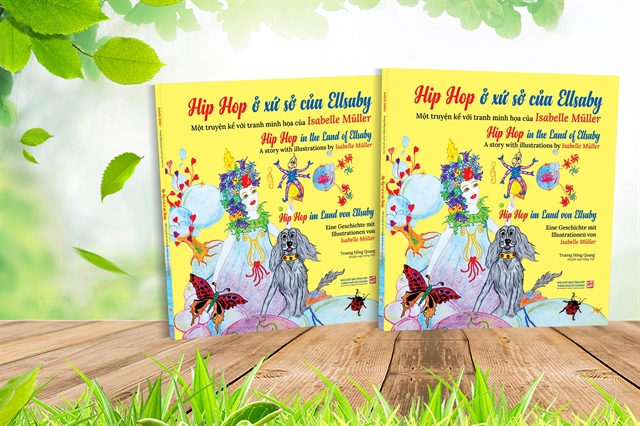 HÀ NỘI — Children who have lost beloved pets or are grieving for a loved one might find comfort in Hip Hop in the Land of Ellsaby, the first children’s book by Vietnamese-German writer Isabelle Muller.

The book will be released in three languages – Vietnamese, English and German – by Hồ Chí Minh General Publishing House on the occasion of the International Children’s Day on June 1.

The story revolves around the deep bond of friendship between a dog named Titus and a little flea called Hip Hop. One day, Titus suddenly passes away. Hip Hop embarks on an adventure to the land of Ellsaby where Titus is now, with the desire to see his friend just one more time to say goodbye.

The land of Ellsaby is strange as there was no sky. Instead, groups of bubbles that looked like planets float about. Every species of animal goes here after passing away.

Written and illustrated by Muller, Hip Hop in the Land of Ellsaby has a very personal origin. The idea for the book came to the writer when she was living in a small southern German village where everyone knew each other. There she witnessed the sadness of a young girl in her immediate vicinity whose beloved dog died 20 years ago. She remained inconsolable ever since and somehow could no longer find joy in life.

Because there was very little suitable children’s literature on the topics of “saying goodbye”, “mourning” and “death”, Muller decided to write a story that she would read to this child later. This is how Hip Hop in the Land of Ellsaby was born.

“Reading the first name ‘Isabelle’ the other way around gives the word ‘Ellebasi’, which I turned into ‘Ellsaby’. Soon after, when I read the girl the first adventure of Hip Hop, her sadness gradually disappeared. Sometimes I was happy to see her soap bubbles rising. I had reached my goal,” she recalled. 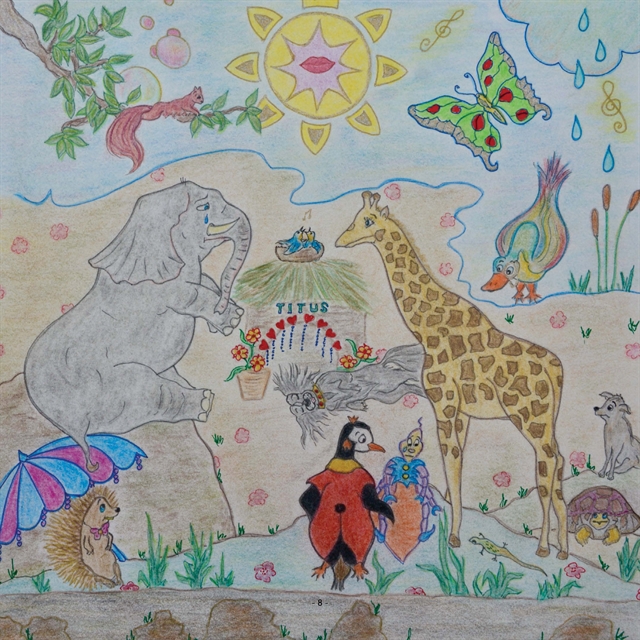 Hip Hop in the Land of Ellsaby was written and illustrated by Muller. — Photo courtesy of Hồ Chí Minh General Publishing House

After Hip Hop in the Land of Ellsaby was printed by the German Publisher “Krone” in 2001, Muller received letters from child therapists and grief organisations thanking her for writing a book that helps children cope with grief in a subtitle, sensitive way and breaks the taboos on difficult subjects in children’s literature.

“I think it’s important to bring so-called ‘difficult topics’ closer to children at an early age. Everyone, including children, has fears. The fear of finiteness is probably the greatest. By integrating these topics into child education, they are no longer taboo. Instead, they become a normal part of our existence. Only those who see life as a whole get a glimpse of infinity. I like to think back to Victor Hugo’s saying: ‘Memory is the invisible presence’,” she said.

Hip Hop in the Land of Ellsaby is suitable for children aged between three and ten years old. Pages for colouring the characters are also included at the end of the book. All proceeds from the copyright of this book will be donated to the LOAN Foundation (LOAN Stiftung) which aims to help Vietnamese disadvantaged children in mountainous areas have a better life. — VNS