According to the General Statistics Office of Vietnam, the population aged 65 and above is forecast to exceed 15% of the total population by 2039. This will be the end of the golden demographic window that has existed in Vietnam since 2007.

Naomi Kitahara, UNFPA representative in Vietnam, said elderly people should be seen as a resource for development, and not as a burden on society.

How do you evaluate the aging population in Vietnam?

The process of population aging is progressing rapidly in Vietnam, caused by mortality and fertility rate declines. Life expectancy at birth stands at 73.6 years (71 years for men and 76.3 years for women), while the total fertility rate has nearly halved from 3.8 in 1989 to 2.09 in 2019. As a result, people aged 60 and above accounted for 12.8% of the population in 2021, which is projected to increase to 20% by 2036. It means that the transition of Vietnam from an “aging” to an “aged” population will occur within just 20 years.

Vietnam is also experiencing very interesting demographic shifts at the moment. First, Vietnam has the highest proportion of young people in the country’s history, creating the potential for a demographic dividend. A total of 20.4 million Vietnamese young people aged 10-24 account for 21% of the population, and the demographic window is projected to last until 2039.

What are the main causes of aging in Vietnam?

It is important to highlight that population aging happens, not really because people live longer, but because of fertility decline. In Vietnam, a woman has, on average, only two children, which is a substantial decline over the last decades.

Fertility in Vietnam is currently around the replacement level and has a tendency to decline. Given the current situation, we advise Vietnam to adjust its population policy now, to be fully in line with the principles of the International Conference on Population and Development. Individuals and couples should be able to decide freely and responsibly, the number, timing and spacing of children. It is essential that due consideration is given without delay to this aspect, so that Vietnam does not suffer too much from low fertility and population ageing.

How is Vietnamese society affected by population aging?

The increase in both absolute number and percentage of older persons in the population requires more attention on social protection for older persons including elderly care, especially when traditional support from the family is decreasing due to low fertility, migration, and modernization.

It is estimated that 11.7% of the older population (or 1.47 million older persons) have at least one functional disability (vision, hearing, mobility, cognition, and communication), and 6.32% of the older population (or 796,000 older persons) find it very difficult to perform or cannot perform at least one of the activities of daily living (ADLs). However, the care system for older persons is under-developed to meet the increasing needs.

At the same time, we must recognize that population aging brings not only challenges but also opportunities. Older people have experience and skills, and should be seen as a resource for development, and not a burden on society. An enabling environment where older people are able to continue to work, and also acquire additional skills through lifelong learning is critical so that older persons can be empowered and participate in socio-economic activities. Also, the increasing demand for elderly care can present a new business opportunity for the private sector.

What are the impacts of an aging population on the Vietnamese workforce?

As the proportion of older people is increasing overtime, it becomes extremely challenging for the current social protection and health care systems and services to accommodate such an increased demand. Also, low fertility and a change in family composition and social norms in Vietnam mean that more older people are living alone, and the need for care has also increased. Further, most older people have no income, or they survive on low and unstable earnings.

It should be noted that while systems and services for the elderly are limited, care is traditionally provided by the family, esp. women.

Aging will result in a decrease in the proportion of working age population, which is projected to decline by 2039 in Vietnam. However, we should acknowledge that today’s older people are healthy, and are still able to work, and also willing to work.

According to the Vietnam Aging Survey, which was conducted in 2019, 42.8% of older persons are still working for income in Vietnam, especially the young old. Also, those working older people work almost full-time – more than 35 hours per week. So we are able to tap into these available resources as Vietnam’s labor force.

Population ageing also brings about opportunities to expand the local market and investment for goods and services targeting older people, including health care. Older people carry with them stocks of knowledge, expertise and skills, wisdom and values that can be valuable for society, and should be retained.

Without preparation, in the next 15-20 years, Vietnam will fall into the scenario of one young person carrying the economic burden for six elderly people. How will it affect future generations, as well as individuals?

At the moment, Vietnam has the highest percentage of young people in its history, and therefore, the “demographic window of opportunity” is still open, and is expected to be open until 2039. And in terms of the number of people at working age, it will still increase until 2034.

For this, we do need to prepare the current young generation early enough for the aged period of life. We call this a life-cycle approach, and it is important that Vietnam’s policies and strategies take this into account. Above all, the correct investment could be made in Vietnam’s young people, particularly in health and education including sexual and reproductive health care and comprehensive sexuality and life skills education. Life skills, which are often called “soft skills”, including leadership skills, communication skills, teamworking, respecting diversity, career and life planning etc., would be essential for the success of future generations, and these are not necessarily taught at school in many countries.

This is what we call a life-cycle approach to address population aging, so that people do not struggle when they become old, but are well prepared to embrace the aged period of life.

We emphasize that women and girls need to receive special attention, given their financial insecurity, lack of social protection and insurance schemes. Women live longer than men, and as such, feminization of aging is a reality, which is an added aspect of feminization of poverty.

We are working with the Vietnamese Government to strengthen and expand the national social protection system that includes a social assistance program, pension mechanisms, and long-term care system for the elderly population. Such systems must cover people of all ages to minimize their vulnerability, particularly for old age, toward more active and independent ageing.

Can you share the upcoming plans or any intentions of the United Nations Population Fund (UNFPA) in Vietnam for the population aging problem?

UNFPA Vietnam stands side by side to help the government to put in place evidence-based policies and programs responding to population aging. We advise the use of a gender-sensitive, life-cycle approach toward population aging, making sure that we look at older people as a resource, not a burden in society. We try to strengthen and expand the national social protection system, the national social assistance program, and the social pension mechanism for the elderly population.

Recently, the United Nations Population Fund in Vietnam started a new partnership with the Mitsubishi Research Institute (MRI) by the signing of the Memorandum of Understanding (MoU) to address population aging and other population matters in Vietnam, which are protecting the rights and dignity of older people, improving their health and social care services, and creating an enabling environment for them.

Can you describe more specifically those activities, and which activities should be prioritized first?

UNFPA Vietnam sees a lot of possibilities in this partnership for innovation to protect the rights and dignity of older people and improve their health and social care services. This new partnership will create an enabling environment for enhancing Vietnam’s legal and policy agenda considering population aging, and we believe this is the right thing to do.

UNFPA has supported the government of Vietnam in formulating, adopting and implementing policies and programs responding to various population matters over the decades, including population aging to achieve sustainable development. Evidence-based policy making on population ageing as well as public communication on ageing and the importance of a life cycle and gender transformative approach are among what we are supporting in Vietnam in our current 10th Country Program.

Mitsubishi Research Institute, one of Japan’s leading think tanks, is providing public and private sector clients with research and consulting services over a wide range of fields including population aging and care and support for the elderly population. The MRI is known to have deep knowledge and experience in advising policy options and innovative models, and has been part of the brain of the Japanese Government addressing population aging. It is this knowledge capacity that UNFPA thought would be beneficial for Vietnam to address emerging population issues, and that is the intent of this win-win partnership. 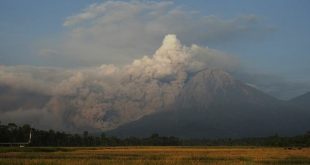 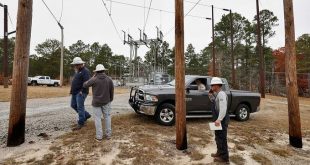 In North Carolina, vandals leave thousands in the dark 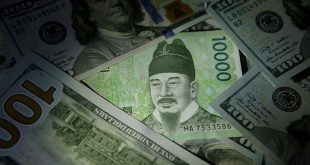