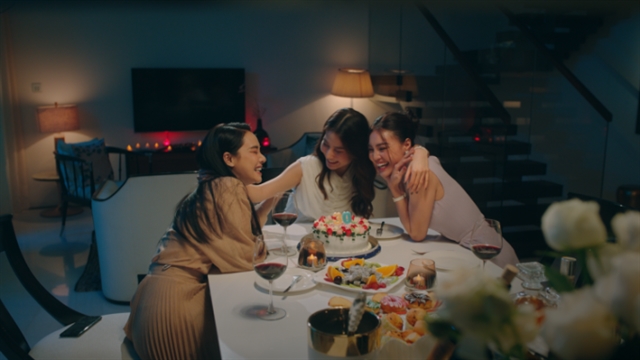 A scene from 1990, a production by blockbuster director Nhất Trung of HCM City. The film has earned more than VNĐ17.7 billion ($784,000) after five days of its release during the Tết holiday. Photo courtesy of the producer

The film is the Vietnamese version of Key of Life, a production by Japanese director Kenji Uchida – winner of the Best Screenplay at the Japanese Academy Awards and the Shanghai International Film Festival in 2012. The film is directed by Võ Thanh Hoà. 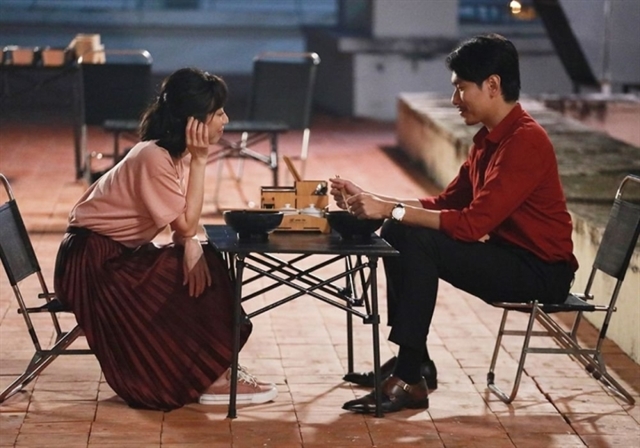 Tuấn became a star after his lead role in blockbuster Em Chưa 18 (Jailbait), a comedy-drama produced by Vietnamese-American producer Charlie Nguyễn, released in 2017.

The film earned VNĐ150 billion ($6.6 million) in 16 days and was for a time the highest-grossing Vietnamese movie ever.

More than two million tickets for Em Chưa 18 were sold in its first two weeks.

“Viewers will see a different Kiều Minh Tuấn in Chìa Khoá Trăm Tỷ. I have confidence in my capability,” said Tuấn, winner of the Blue Star Award 2020 for Best Film Actor presented by Today TV and The World of Cinema magazine.

“I hope my role as a poor actor, who tries to become famous but fails, will help my career reach new heights.”

Another romantic comedy is 1990, a production by blockbuster director Nhất Trung in HCM City.

Trung and his producer, Đồng Đăng Giao, were worried that cinemas may lose viewers because of the COVID-19 pandemic.

“We are hopeful that the numbers of 1990 will shoot up further in the future. We hope luck will knock on our door,” said Trung.

There was bad news for Ngô Thanh Vân, producer of Trạng Tí (Child Master), a film about Vietnamese folk stories.

Trạng Tí features four child characters called Tí (Mouse), Sửu (Buffalo), Dần (Tiger) and Mèo (Cat), who live in a remote village and use their intelligence to protect the villagers.

Producer Vân and her partners spent $1 million on the production.

The soundtrack is composed by Đức Trí, a graduate of the Berklee College of Music in Boston.

The film’s teaser on YouTube has attracted more than 204,000 views.

Trạng Tí was scheduled to be released in cinemas in May last year, but was postponed due to the COVID-19 outbreak.

“No one and nothing can guarantee the success of ticket sales during Tết,” said Vân, owner of Studio88, a private film and entertainment agency. — VnExpress News