Car sales down 34 per cent in January 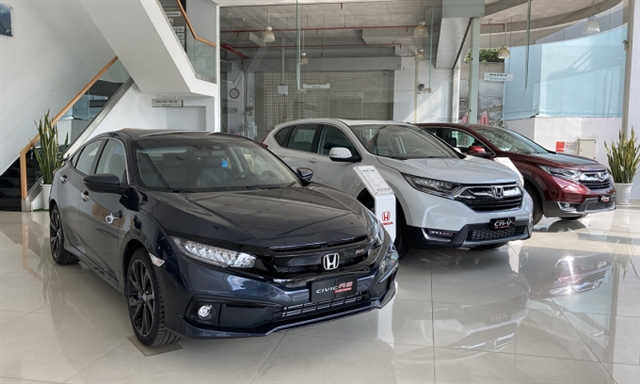 HÀ NỘI — As many as 30,742 cars were sold in Việt Nam in January, a decline of 34 per cent compared to the previous month, according to a report issued by the Việt Nam Automobile Manufacturers Association.

Sales of domestically assembled cars reached 17,782 units in January, a month-on-month decrease of 31 per cent, while imported completely built units were 12,960 units, down 38 per cent.

A 50 per cent reduction in the registration fee, which came into effect in December 2021 and will last until the end of May this year, was a reason why customers preferred domestically assembled cars.

However, experts said these figures did not fully reflect the situation in Việt Nam’s automobile market, as they did not include sales of brands such as Audi, Jaguar Land Rover, Mercedes-Benz, Subaru, Volkswagen, and Volvo.

Representatives of TC Motor and domestic automobile assemblers and manufacturers attributed the decline in car sales to difficulties in car registration and other shopping demands during the Tết (Lunar New Year) Festival.

But they believe that the manufacturing and assembling, as well as domestic auto market, will continue to grow this year with the Government’s supporting measures and the COVID-19 pandemic gradually being better controlled.

According to General Director of Ford Việt Nam Phạm Văn Dũng, it is forecast that domestic sales will hit 500,000 units in 2022 as the country’s economy is recovering and a 50 per cent reduction in the registration fee for domestically assembled cars will be applied until the end of May. — VnExpress News