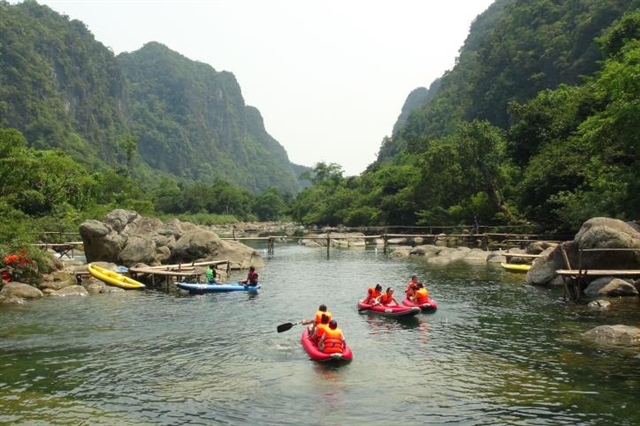 HÀ NỘI — Quảng Bình is calling for investment in agriculture, tourism, industry, and infrastructure to create a driving force for the central province’s socio-economic growth, promising to create the best possible conditions for investors.

This was the highlight of the Quảng Bình Investment Promotion Conference held by the provincial People’s Committee in HCM City on Friday.

“Although Quảng Bình is a locality which is heavily affected by natural disasters, the province has significant potentials, advantages, and opportunities for development while being a safe, attractive, and reliable destination for all investors,” he said.

With aspirations to turn Quảng Bình into a developed province in the region and a tourism hub in Việt Nam and Southeast Asia, the province pledged to create the most favourable conditions for investors.

In an interview with Đầu Tư (Investment) online newspaper, Provincial Party Secretary Vũ Đại Thắng said that Quảng Bình Province welcomed all investors and would not have any discrimination. He stressed that enterprises and investors coming to Quảng Bình would all receive companionship from administrative management agencies of all levels.

Phong added that priorities would be given to projects which would contribute to promoting socio-economic development and at the same time ensuring environmental protection for sustainable development.

Jean Jacques Bouflet, Vice Chairman at EuroCham Vietnam, said that Quảng Bình’s effort to create favourable investment environment together with the province’s tourism potential would be opportunities for European investors.

Quảng Bình is a coastal province in the central region of Việt Nam, 500km from Hà Nội and a one and a half hour flight from HCM City.

The province has a diversified and convenient transportation system, including Đồng Hới Airport, North-South railway line, National Highway 1A, 12A, and East-West HCM City Road, and Hòn La Seaport.

Located on the East-West economic corridor, Quảng Bình has Cha Lo International Border Gate which was the shortest route for trade to Laos, Northeast Thailand, and Myanmar.

The province has great tourism potential with a 116-km coastline with beautiful beaches and a number of attractive tourist spots such as Phong Nha – Kẻ Bàng National Forest, Sơn Đoòng Cave, Bang hot spring, together with a number of original traditional festivals.

There are now 27 FDI projects in the province, worth more than $1.13 billion. — VnExpress News