One million students return to kindergartens, schools in HCM City 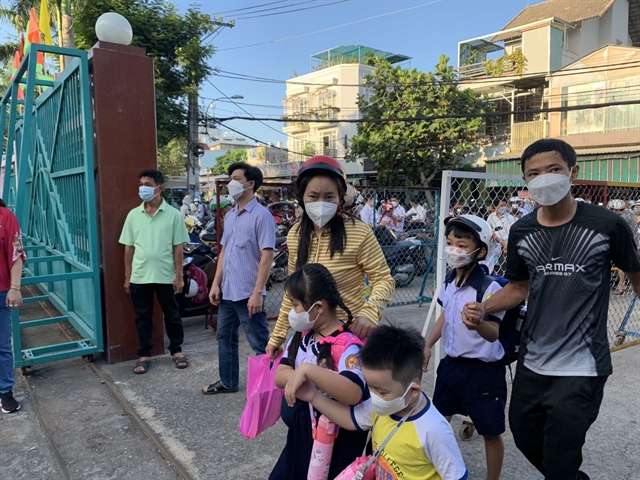 HCM CITY — More than one million kindergarten children and first to sixth graders in HCM City returned to school on Monday after nine months of virtual learning as COVID-19 outbreak eases.

After several months at home, many are anxious about returning to school.

“Teachers should coordinate closely with parents and provide guidance on COVID-19 prevention and control measures to ensure the safety of children when they come back to school,” he told staff.

“Thoughtful preparation and implementation of anti-pandemic regulations will give parents peace of mind about their children’s return to school. Parents should promptly inform teachers when their children are sick.”

Children are happy to practise hygiene measures in class, she said. 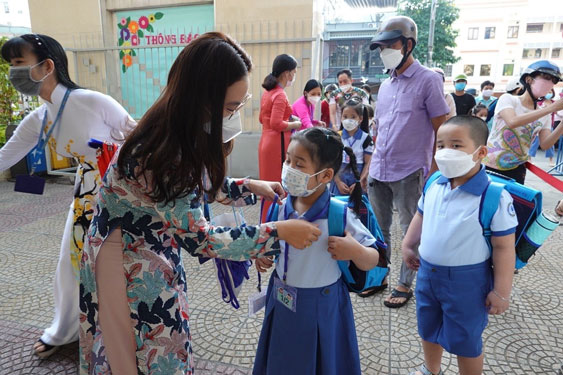 Trần Thị Phúc, a mother in Thủ Đức City, said she and her husband woke up at 5:30am to prepare breakfast and bring their son to his kindergarten and their second-grade daughter to school. The daughter was more than happy to be back, but the son cried all the way, she told Vietnam News Agency.

“The two kids just watched TVs, played with toys and phones in the months of school closures. When the school surveyed parents’ willingness to let children back to school, I said I was on board right away,” Phúc said.

Nguyễn Thị Thuỷ Tiên, another mother, said it was ‘liberation day’ for parents, as she and her husband were forced to alternately stay at home to take care of them and arguments were not infrequent.

Their two daughters were excited to finally be able to see their friends and teachers again, Tiên said.

Nguyễn Trung Kiên, a third-grader of Nguyễn Văn Banh Primary School, Thủ Đức City, said he enjoyed schools as now he could talk play with friends, and that virtual learning at home was “so boring”.

More than 80 per cent of parents of primary school students approved school reopening and it was nearly 70 per cent among those with children aged three to six, according to the city Department of Education and Training.

Attending school is not mandatory for primary school students, and they can continue to learn online if their parents wish. — VnExpress News 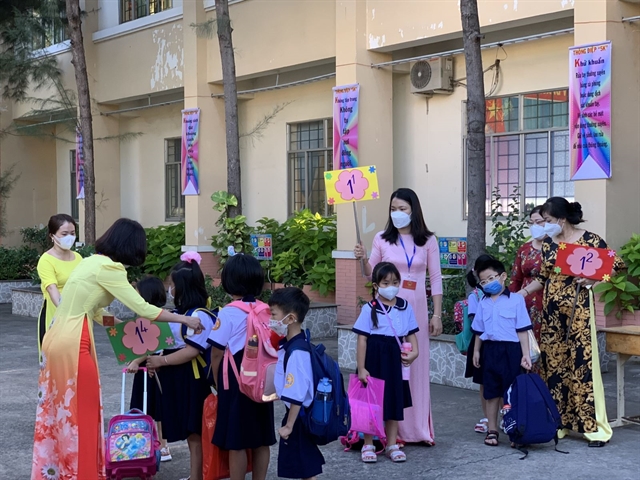