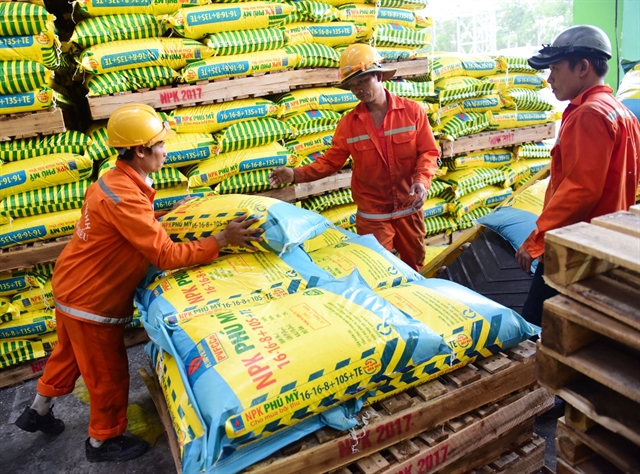 Fertiliser packages are loaded for transport at the PetroVietnam Fertiliser and Chemicals Corporation. — Photo tbdn.com.vn

HÀ NỘI — The proposal to impose a 5 per cent tax on inorganic fertiliser exports may increase costs and reduce the competitiveness of Vietnamese fertilisers.

The Việt Nam Fertiliser Association has just sent a written response to the Ministry of Finance regarding the draft proposal of imposing a 5 per cent export tax on inorganic fertilisers.

Currently, urea and phosphate fertilisers have already been subject to the 5 per cent export tax. Therefore, applying the tax does not affect the export of these products.

Similar to NPK, the DAP fertiliser is also imposed a 0 per cent export tax, which will be affected if the new regulation is applied.

The fertiliser association said that the application of the tax should only be applied temporarily in certain times when there was a short supply, and the world price rose too high.

Inorganic fertilisers include many types, each with its own characteristics in terms of raw materials and markets. Therefore, it is necessary to evaluate and impose export taxes separately for each type, said the association.

“The imposition of the 5 per cent export tax on NPK fertilisers will greatly affect producers because currently there is excess capacity in the country, reducing competitiveness because the price will increase from US$30 to $60 per tonne,” said Phùng Hà, vice president and general secretary of the Việt Nam Fertiliser Association.

The Ministry of Finance said that the unification of an export tax of 5 per cent would increase budget revenue from fertilisers.

However, the Việt Nam Fertiliser Association believed that the above goal was unlikely to be achieved because the export tax on urea fertiliser remains unchanged at 5 per cent, while its export volume is relatively large.

Meanwhile, NPK export revenue may decrease because NPK export volume was at significant risk of plummeting when the competitiveness weakened.

Therefore, the association recommended the Ministry of Finance consider, evaluate and propose a separate export tax rate for each type of fertiliser flexibly to ensure that it does not negatively affect the competitiveness of domestic producers.

In the long term, the fertiliser association proposes the Ministry of Finance submit to the National Assembly an amendment to the Law on Value Added Tax so that value-added tax could be refunded to domestic fertilisers and an equal playing ground would be created among domestic manufactured fertilisers and imported ones.

Vũ Văn Bằng, general director of DAP Vinachem, hopes that the Government will maintain and not increase the export tax on fertilisers in groups 31.02, 31.03, 31.04, 31.05 in the Export Tariff.

The consumption of this company’s products in the domestic market was currently the highest at only 49 per cent of its designed capacity, which forces the company to export, said Bằng.

If the tax is increased to limit fertiliser exports, the production cost of DAP fertiliser would certainly rise due to inventory, he added. — VNS 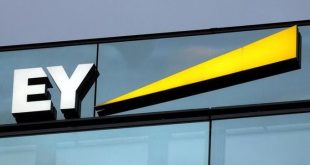