Three Vietnamese films are entered in the 33rd Singapore International Film Festival to be held from November 24 to December 4.

Director Tuan Andrew Nguyen’s “The Unburied Sounds Of A Troubled Horizon” is among 13 entries nominated in the Undercurrent category.

The film is about the lives of people living in the central Quang Tri Province, one of the most heavily bombed areas during the Vietnam War.

“Fix Anything” by Le Lam Vien will go up against 16 other entries in the Southeast Asian Short Film Competition category.

According to the festival organizers, the 15-minute film tells the story of a father who ropes in his son for exploits using his DIY “memory eraser” van in a sci-fi comedy that depicts their one-night adventure.

Along with Nguyen Thi Xuan Trang’s “What The Hell” it will also vie with 10 others in the Southeast Asian Film Lab category, which seeks to showcase directors’ first feature films.

A Vietnamese short film and two directors won awards at the previous edition of the festival last year.

Organizers said the festival has received over 100 films from more than 50 countries and territories this year. 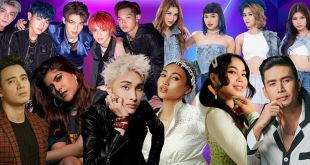