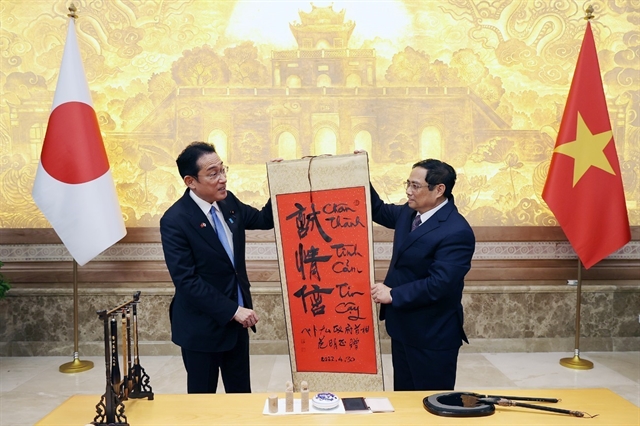 At the meeting, Chính talked about the Vietnamese culture with his guest and invited a calligraphic master to write three words “Chân thành”, “Tình cảm”, “Tin cậy” (meaning Sincerity, Affection, Trust) in both Vietnamese and Japanese Kanji to present to the Japanese Prime Minister.

The three words are the new motto for the Việt Nam-Japan relationship that the two countries’ PMs had agreed upon during PM Chính’s visit to Japan in November 2021.

The visit by the Japanese PM takes place when the Việt Nam-Japan extensive strategic partnership is developing robustly across the fields. The two countries are actively preparing for activities marking the 50th anniversary of their diplomatic ties in 2023.

During the visit, besides holding talks with his Vietnamese counterpart, PM Kishida is scheduled to pay respect to President Hồ Chí Minh at his mausoleum, make cordial visits to Party General Secretary Nguyễn Phú Trọng and President Nguyễn Xuân Phúc, and have a meeting with National Assembly Chairman Vương Đình Huệ today. He will also attend a conference on Việt Nam-Japan cooperation in industrial reform and digital transformation. — – VnExpress News 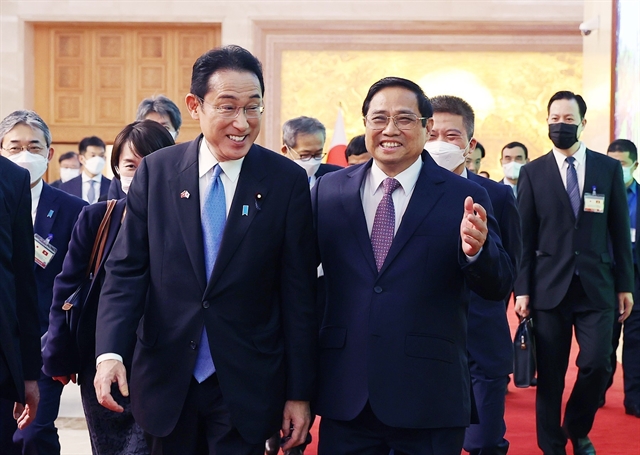