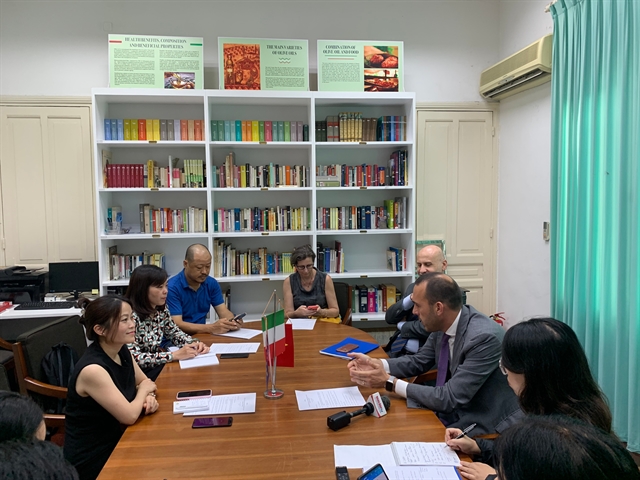 “Italy sees Việt Nam as a strategic partner in the ASEAN region,” said Di Stefano. “We have more than 100 Italian companies operating in Việt Nam, and we want to boost that relation in the future.”

“Our manifestations of the current relationship are in business, the exchange opportunities for Vietnamese students and the cultural activities in Casa Italia. In the near future, we want to expand that by establishing an Italian Cultural Centre here in Hà Nội.”

According to Di Stefano and Ambassador of Italy in Việt Nam Antonio Alessandro, the Italian Cultural Centre is expected to open in 2023 to coincide with the 50th anniversary of the Việt Nam – Italy relationship.

Di Stefano said that the EVFTA agreement would boost trade and business between the two nations.

“We want Italy to be the bridge between the European Union and the ASEAN nations, and Việt Nam is a country that shares a lot of similarities with us,” he said.

“Our progress is small but concrete, and there are things to work on in this relationship. One notable aspect of this relationship is education, with scholarships for Vietnamese students. I believe that politicians like us have term limits, but the people-to-people connection will last forever.”

Di Stefano met and talked with the Minister of Foreign Affairs, Bùi Thanh Sơn, earlier on Tuesday. Di Stefano will travel to Hồ Chí Minh City and is expected to hold talks with the Việt Nam-Italy Chamber of Commerce. — VNS