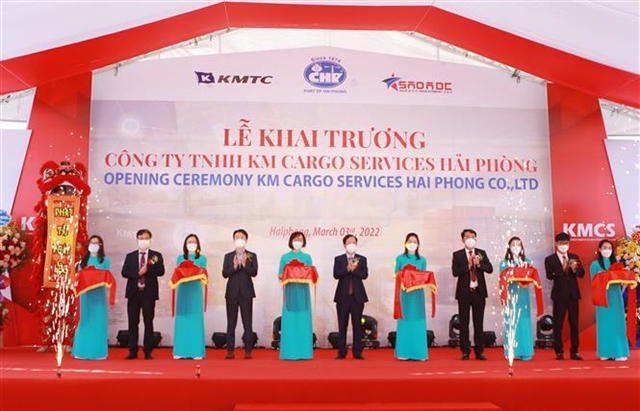 Speaking at the event on Thursday, KMCS Director Nguyễn Hữu Tường said its establishment marks a new step forward for the three companies as it can leverage the trio’s strengths to develop a modern and professional logistics services provider that becomes a role model for others.

The centre is located at Đình Vũ Industrial Park which houses a large number of factories and is near Hải Phòng’s largest ports, such as Tân Vũ and Đình Vũ. Travel to the facility by road is also easy as it is situated near the Hà Nội-Hải Phòng Expressway and just 3km from Cát Bi International Airport.

He further noted that the volume of cargo handled by ports in Hải Phòng grew by around 10 per cent annually.