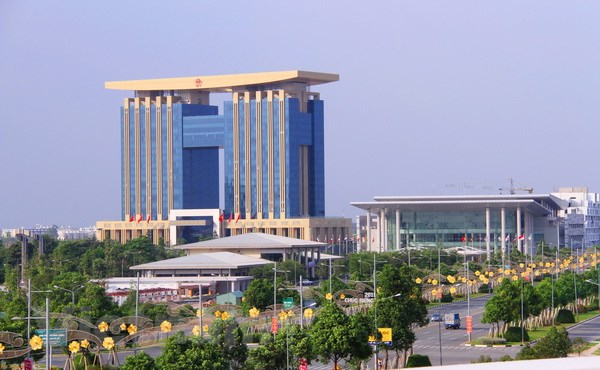 Thanks to a good investment environment, Bình Dương Province is an attractive destination for foreign direct investment. — Photo nld.com.vn

BÌNH DƯƠNG — The southern province of Bình Dương attracted US$1.8 billion worth of foreign direct investment in the first four months of 2022, four times the amount in the same period last year.

It includes more than $1 billion by toy manufacturer LEGO Group in a 44ha factory at the Vietnam-Singapore Industrial Park III in Bình Dương. It is expected to generate 4,000 jobs in the next 15 years.

According to the chairman of the province People’s Committee, Võ Văn Minh, authorities are committed to creating the best conditions possible for both domestic and foreign investors.

The province seeks to collect investors’ suggestions on improving the local business climate and infrastructure and speeding up administrative reform, he said.

It would assist investors in obtaining visas and licences and provide them with information about the investment climate and incentives, he added.

The province has 29 concentrated industrial parks with nearly 13,000 ha of land and average occupancy rates exceeding 83.4 per cent.

Bình Dương ranks third in FDI this year after HCM City and Hà Nội with its efforts to improve administrative procedures and create a favourable investment climate paying off. — – VnExpress News