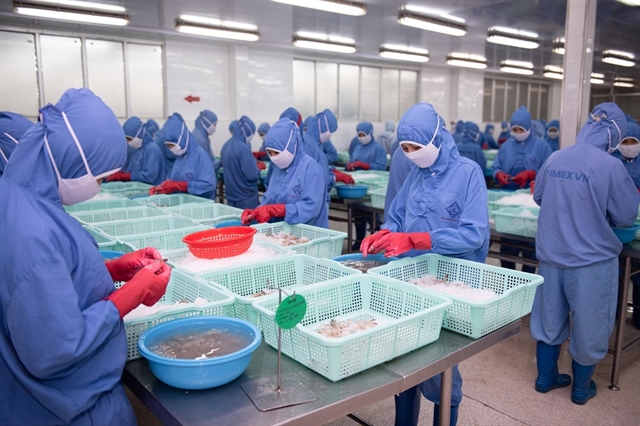 According to its consolidated business results, most member companies saw revenues rise sharply compared to a year earlier.

ABT achieved profit after tax of VNĐ7 billion this year from VNĐ700 million last year.

Profit after tax attributable to shareholders of the parent company reached VNĐ77 billion, up 245 per cent from the same period last year. The growth came mainly from seeds and rice, shrimp exports, fumigation, and agro-chemicals.

This year is expected to be one of outstanding growth for the company since the demand for food is increasing after the pandemic and uncertainties caused by the war in Ukraine.

Another subsidiary, the Vietnam Fumigation Company, recently signed a deal to distribute two key products of global giant Syngenta, which is expected to help increase revenues by thousands of billions of đồng.

A number of new factories put into use by Sao Ta Foods JSC, Khang An Foods and 584 Nha Trang are also considerable growth drivers for the company.

At its annual general meeting on April 26, shareholders approved the business plan for 2022 with revenues of VNĐ14.3 trillion and profit after tax of VNĐ755 billion, up 54.6 per cent and 47.8 per cent from last year.

The company decided to not pay dividends for 2021 and 2022 and instead use resources to fund growth. — – VnExpress News