When mentioning the flamboyant flower (peacock flower), people think of a bright summer basking in nature and the enthusiasm of local people.

The flower also makes people think of Hải Phòng coastal city, known as the ‘city of the red flamboyant.’

In May, when the bright summer sunshine lights up the streets, the red flamboyant blooms bring out the city’s soul. 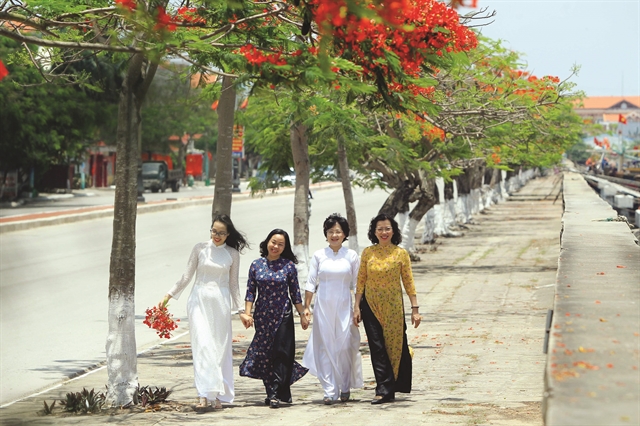 People like to take photos with the flower.  — VNS Photo An Đăng

Local elders say the tree was brought from Madagascar and planted in the city by the French 100 years ago.

“At first,”the tree was named Ba Giăng,” said local Lê Hồng Tâm. “But then it was called Phượng Vĩ (Phoenix’ Tail) as the five-petal flower looks like a phoenix dancing and the leaves spread like phoenix tails. The tree grows well in the local soil and climate.”

During the flower season, the city celebrates various festive days, including the National Reunification Day (April 30), May Day (May 1), Điện Biên Phủ Victory (May 7), Hải Phòng Liberation Day (May 13) and the birthday of President Hồ Chí Minh (May 19).

“The flamboyant flower has been considered to express part of the locals’ character: enthusiastic, frank, strong and energetic,” said Hanoian Phạm Văn Vũ who spent many years of his youth working in Hải Phòng.

“Though they travel anywhere, their accent and character can be recognised among the crowd.”

The flower has inspired many composers and poets.

“One single flower or one branch of flowers does not make the whole beauty,” said singer Hương Ly.

“The flamboyant looks beautiful on the trees. The areas with flamboyant’s blooming make the whole sky brightly red. This is the significant beauty of the coastal city.”

Ly noted that composer Lương Vĩnh’s song “City of Red Flamboyant” was considered one of the most beautiful songs about the city.

“Ïn May, the whole sky turns red with flamboyant…oh, Hải Phòng, our home city…” goes the song, which is considered the city’s anthem and fills the locals with pride when they sing it.

Tâm explained that the tropical weather and wind from the sea seemed to make the red colour more bright.

The Phạm Văn Đồng Road linking inner Hải Phòng with Đồ Sơn Tourism Site has been recorded in the Việt Nam Guinness Book as the road with the most flamboyant trees in Việt Nam, nearly 4,000 trees.

“The flamboyant sky is also a remarkable memory, especially for pupils and students, who always say goodbye to one another in summer,” Tâm said.

The city has been nicknamed after the flower’s name, which always stands firmly on high branches like the locals who always stand firm and brave despite the fierce sun, wind and time, she added.

On May 13 every year, local authorities host the Red Flamboyant Festival to celebrate the Liberation Day of the city and mark the opening of the beautiful flower season with various cultural, sports and economic events. 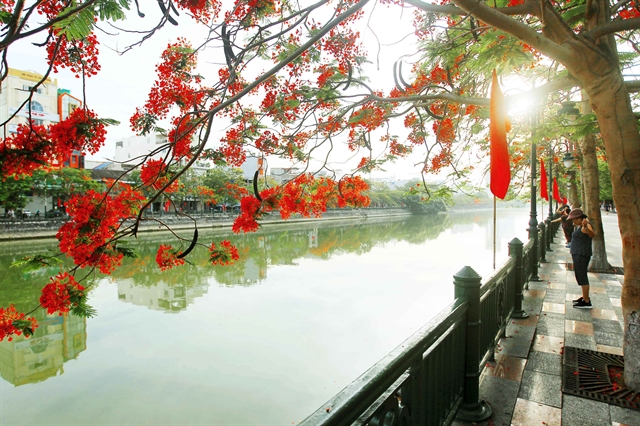