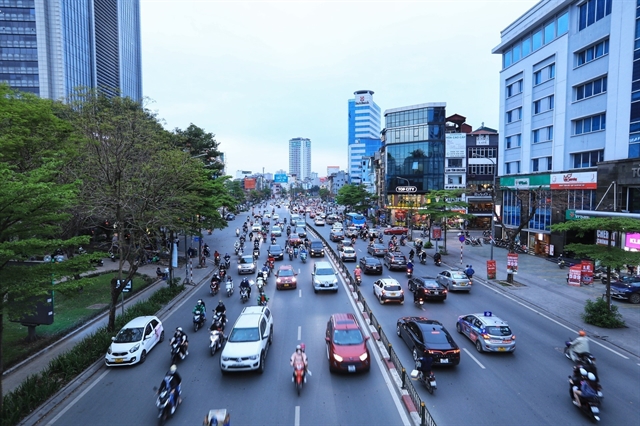 The streets of Hà Nội have returned to its usual bustling state with COVID-19 outbreak under control. — VNA/VnExpress News Photo

HÀ NỘI — The capital city of Hà Nội was the most expensive city nationwide in 2021, according to the Spatial Cost of Living Index (SCOLI) compiled by the General Statistics Office.

The SCOLI is calculated based on a range of prices covering everything from food and beverage, tobacco and clothing through to electricity, medicine and entertainment.

The second place in the index went to Quảng Ninh Province in the north, while the third place belonged to the country’s biggest metropolis HCM City. The central coastal city of Đà Nẵng, frequently hailed as the most liveable in Việt Nam, came fourth in term of cost of living.

Compared to 2020, the rankings of the most expensive localities in 2021 have not changed much. However, the provinces in the northern midlands and mountains have lower prices than in the past due to increasingly convenient transport.

Provinces and cities under the direct management of the Government are more expensive than mountainous provinces, mainly in terms of housing rental, services and tourism entertainment.

Trà Vinh Province is the locality with the lowest cost of living index in the country, equal to 87.61 per cent of Hà Nội.

The average price of Trà Vinh Province’s commodity groups compared to Hà Nội’s ranges from 76.58 per cent to 99.63 per cent of Hà Nội. The second lowest-priced locality in the country is Hậu Giang.