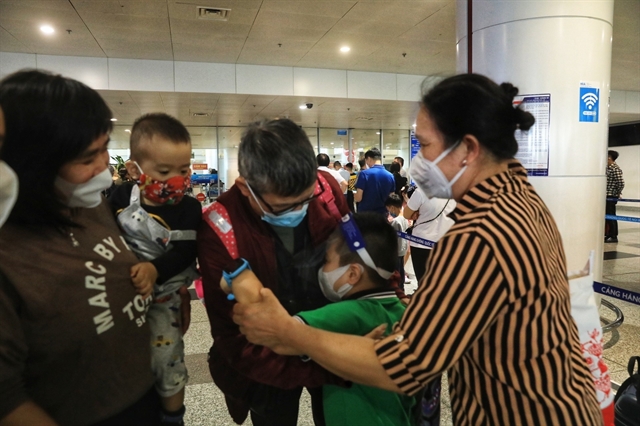 HÀ NỘI — Nearly 1,700 Vietnamese people in Ukraine have been brought home safely on six commercial flights arranged by the Ministry of Foreign Affairs in conjunction with relevant ministries, sectors and representative agencies.

About 5,200 Vietnamese people from war-torn areas in Ukraine have so far been evacuated, according to the ministry.

The evacuation has been basically completed, transparently with the aim of maximising convenience for evacuees.

Only a few Vietnamese people are still currently in Ukraine, for personal reasons, as well as those who have decided to go find their own way to other countries, the ministry said.

Sixty Vietnamese citizens have been moved from Mariupol – where the battle is still raging on – with the help of Vietnamese representatives overseas, while 17 chose to stay behind.

Vietnamese representative agencies have kept a close eye on the situation in Ukraine and coordinated with local authorities, the International Federation of Red Cross and Red Crescent Societies, and foreign agencies with many citizens in war zones in the European country to help Vietnamese citizens evacuate and return home safely as soon as possible.

According to the foreign ministry, there were about 7,000 Vietnamese people living and staying in Ukraine prior to the conflict with Russia, dwelling mostly in the three big cities of Kyiv, Kharkiv, and Odesa. — VnExpress News