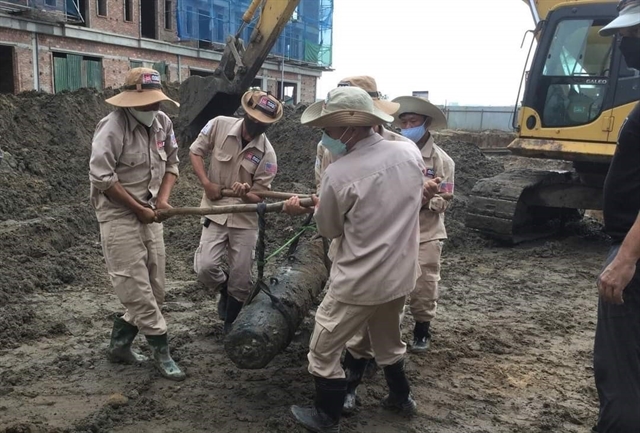 QUẢNG BÌNH — The Mines Advisory Group (MAG) on Monday said its team in the central province of Quảng Bình has deactivated a nearly-230-kg wartime bomb found right next to the Đồng Hới City market, which houses hundreds of small businesses and sees thousands of people passing by every day.

The MK82 bomb, used by the US Army during the war in Việt Nam, was discovered when an excavator dug ground for the construction of a 27-storey building at an urban complex in Đồng Hới City’s Đông Hải Ward.

Phạm Hùng Hiếu, manager of the construction project, said around the location where the bomb was unearthed, there were 90 reinforced concrete piles, each 60m long.

“It is impossible to imagine what would have happened if one of those piles accidentally hit the bomb,” he said.

MAG experts assessed that it was safe to move the bomb. — VnExpress News