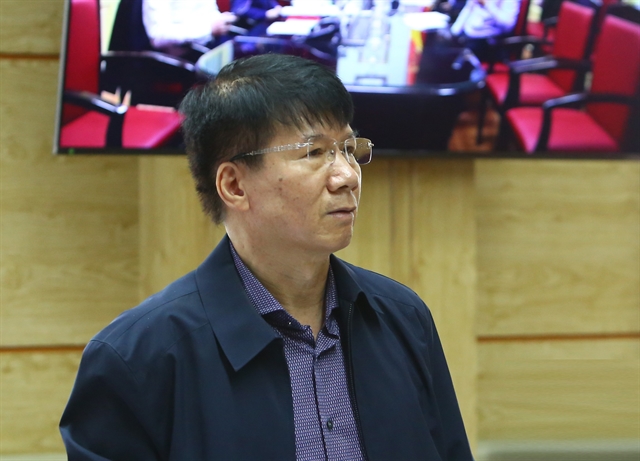 HÀ NỘI — Deputy Health Minister Trương Quốc Cường and 13 others are facing charges for their role in counterfeiting cancer medicines labelled as Health 2000 Canada, according to a new indictment issued by the Supreme People’s Procuracy.

According to the indictment, between 2008 and 2010, two of the accused prepared applications for seven drugs branded Health 2000 Canada so they could be authorised for circulation in Việt Nam. Although the documents were all fabricated, the drugs were later approved by a number of officials.

Between November 2012 and June 2014, Cường and his accomplices faked a range of documents to change the origins of the medicines to import some 838,100 boxes of the medicines into Việt Nam. They were then resold to drug stores, hospitals and pharmaceutical businesses.

Cường worked as head of the Drug Administration of Việt Nam from 2007 to 2016 and took legal responsibilities for all activities of the office. He was said to lack responsibility in assessing and granting licences for the drugs; and lacked supervision and examination over those assessing and registering the drugs, leading to the approval of the applications for the import and consumption of the counterfeit drugs in Việt Nam.

After the drugs were imported and consumed in Việt Nam, despite receiving information about their suspected origins, Cường did not ask authorities to stop their circulation or recall and destroy the drugs. As a result, many health establishments still traded and supplied the counterfeit drugs to treat patients. — VnExpress News