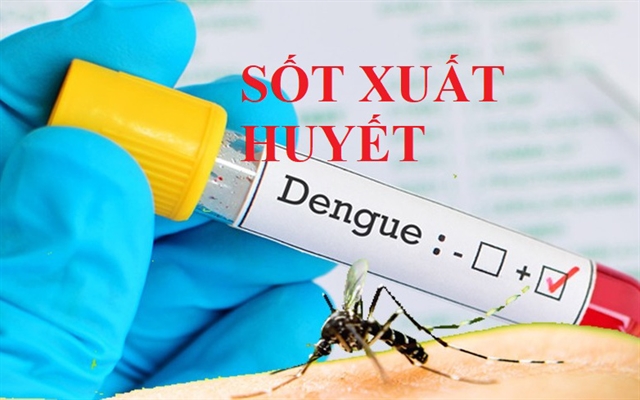 Dengue cases have increased by 97 per cent this year, compared to the same period of 2021. VNA/VNS Photo

HÀ NỘI — Dengue fever cases are increasing sharply in the South and are beginning to rise in the Central region too, with from 6,000 to 8,000 new cases detected every week.

Health experts warned the country is reaching the peak of the dengue fever epidemic.

There were more than 60,000 cases of dengue fever across the country by June 16, an increase of 97 per cent over the same period last year.

This year, the number of severe dengue cases increased rapidly, much more than in the same period two years ago, according to Vương Ánh Dương, Deputy Director of the Ministry of Health’s Department of Medical Service Administration.

More children died from dengue fever than adults, while in previous years most deaths involved adults.

“The initial cause is mainly because people are still quite subjective about dengue fever. Dengue patients often go to private medical facilities or buy medicine by themselves, waiting until their disease situation becomes serious to go to the hospital,” Dương said.

The Ministry of Health will set up inspection teams to examine dengue fever prevention works in localities.

Deputy Minister of Health Nguyễn Thị Liên Hương said that due to the impact of the COVID-19 pandemic in the past two years, the health sector in southern provinces is facing many difficulties.

The ministry is ready to support the southern provinces in the prevention of dengue fever.

Faced with the fact that many provinces still lack medicine and infusion fluids, the Deputy Minister requested the Department of Medical Service Administration to coordinate with the Drug Administration of Việt Nam to urgently deal with the matter.

Localities must purchases medicines and infusions to treat dengue fever from their own budgets. VNS