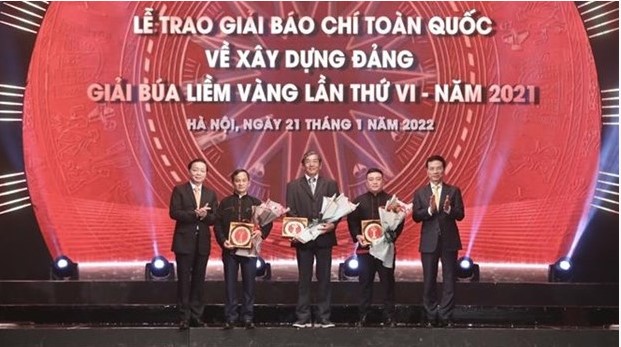 HÀ NỘI– Winners of the Búa Liềm Vàng (Golden Hammer and Sickle) Award 2021, the sixth National Press Award on Party Building, were announced at a ceremony at the Hà Nội Opera House on Friday night.

The organisation board presented six A, 12 B and 16 C prizes as well as 30 consolation prizes to outstanding works chosen from over 2,000 entries, along with 10 thematic awards. 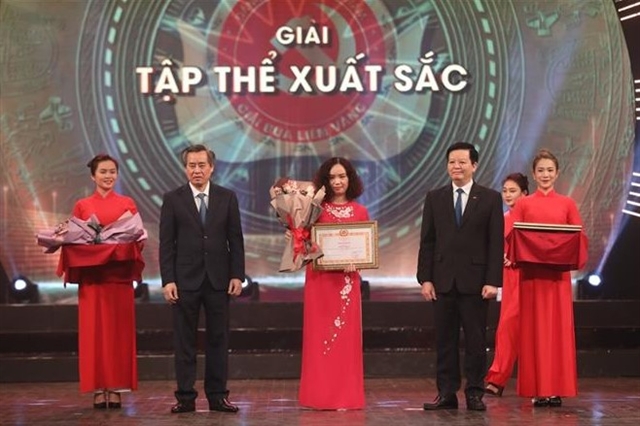 According to the organising board, this year, the entries are diverse in forms and topics and have high quality. They have timely reflected “hot” events and issues of public interests, with many highlighting the protection of the Party ideology, countering wrongful arguments of hostile forces, and promoting new ideas on Party-related theory and reality.

Addressing the ceremony, Politburo member and permanent member of the Party Central Committee’s Secretariat Võ Văn Thưởng said that media works on Party building helped the public inside and outside the country gain a better understanding of the Party and the country’s achievements under the Party’s leadership, contributing to fostering people’s trust in the Party, State and regime.

Thưởng stressed the role of the press, and asked journalists to continue to produce more high quality works on the topic.

At the ceremony, on the occasion of the 92nd founding anniversary of the Communist Party of Vietnam (February 2, 1930-2022), Trương Thị Mai, Politburo member and head of the Party Central Committee’s Organisation Commission, who is also head of the Steering Committee on the Búa Liềm Vàng Award, launched the seventh edition of the award for 2022. VNA/VnExpress News