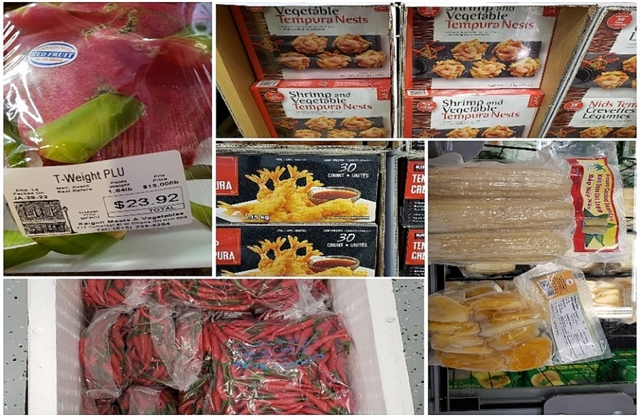 Vietnamese products on the shelves of a Canadian supermarket.  — Photo moit.gov.vn

HÀ NỘI — Việt Nam exported US$5.3 billion worth of goods to Canada in 2021, up 21 per cent year-on-year despite facing challenges caused by the prolonged pandemic, according to the Vietnamese Trade Office in Canada.

This marked the third consecutive year that Việt Nam has recorded positive export growth to the market since 2019 after both countries officially became members of the Comprehensive and Progressive Agreement for Trans-Pacific Partnership.

According to the office, the trend of shifting supply chains coupled with the impressive production capacity of local enterprises helped lure the great interest of Canadian businesses in the Vietnamese support industry products.

Meanwhile, garment, textile and footwear exports regained their growth momentum, rising 16.6 per cent to nearly $1.4 billion, while furniture exports saw a yearly increase of 6.5 per cent to $234 million thanks to the relationship between businesses of the two countries, in which Canada firms exported wood materials to Việt Nam while Vietnamese companies produced and then exported finished wooden goods to Canada.

Vietnamese agricultural and seafood products also sold well in Canada. Exports of cashew nuts hit $111 million, up 20 per cent while that of pepper and fresh fruits and vegetable topped $14 million and $35 million, up 45 per cent and 18 per cent, respectively.

Despite an increase in market demand, a lack of containers in recent years resulted in a shortage of supply for local agricultural products, typically fresh fruits to Canada last year, the office said.

In addition, the shipping costs from Việt Nam to Canada also skyrocketed from $3,000 to $25,000, with the transport time lasting between 25 and 45 days, causing numerous difficulties for importers, it noted.

Though Việt Nam is now Canada’s largest trading partner in Southeast Asia, there remains room for Vietnamese businesses to penetrate the market in the future as Việt Nam’s market share accounts for a modest 1.7 per cent of Canada’s import value.

The Canadian Government is pursuing a strategy of market diversification, viewing Việt Nam as an important partner in Asia. That is expected to create greater opportunities for Vietnamese firms in the lucrative market, the office said.

According to Vietnamese Ambassador to Canada Phạm Cao Phong, to adapt to the new normal situation in the post-COVID period, businesses of the two countries needed to discuss the establishment of a common governance support centre, B2B model, research and development, after-sales service, digitisation and digital security.

Phong said at a recent seminar that Việt Nam was an attractive destination for investment and business activities thanks to its political and macroeconomic stability as well as dynamic and abundant human resources.

As a founding member of the Regional Comprehensive Economic Partnership, Việt Nam could act as a bridge for Canadian businesses to reach a market of 2.2 billion people, or almost 30 per cent of the world’s population, with a combined GDP of $26.2 trillion or about 30 per cent of global GDP.

In the opposite direction, he said, Canada could act as a door for Vietnamese goods to penetrate the US and Mexican markets – members of the new North American Free Trade Agreement. — VnExpress News