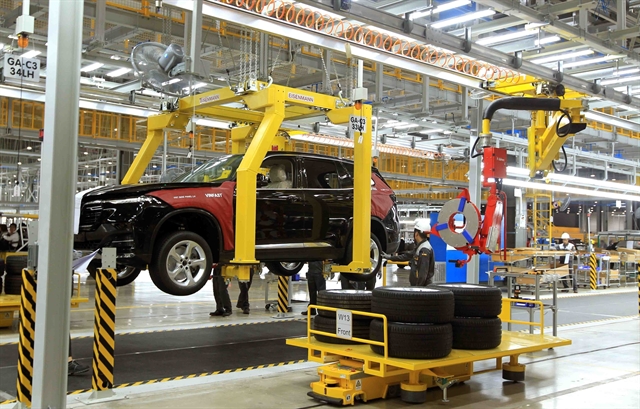 The continuous capital raising helps expand VinFast’s size, remaining the subsidiary with the biggest charter capital in the Vingroup ecosystem. Its capital size even surpasses the holding company which is nearly VNĐ38.7 trillion at the moment.

Vinhomes’ capital is over VNĐ43.4 trillion, while Vincome Retail is nearly VNĐ23.3 trillion.

VinFast’s capital size is also in the leading group of the country’s economy, exceeding that of all listed companies on the stock market including BIDV, Vietcombank, and Vietinbank, while only lagging behind a few state enterprises like Việt Nam Oil and Gas Group (PetroVietnam), Vietnam Electricity (EVN) and Viettel Post Joint Stock Corporation.

The company has just applied the preferred stock issuance this year, with the first release of 600 million shares in March.

Both of its fundraising this year were preferred stock issuance with a total volume of over 688 million, accounting for nearly 12 per cent of the current shares. Notably, all of the new shares were for local investors, changing its shareholders’ structure.

VinFast is still holding more than 5,045 billion common shares, with the ownership declining from 99.9 per cent to 87.9 per cent. Meanwhile, local investors only hold the number of just issued preferred stocks. VNS