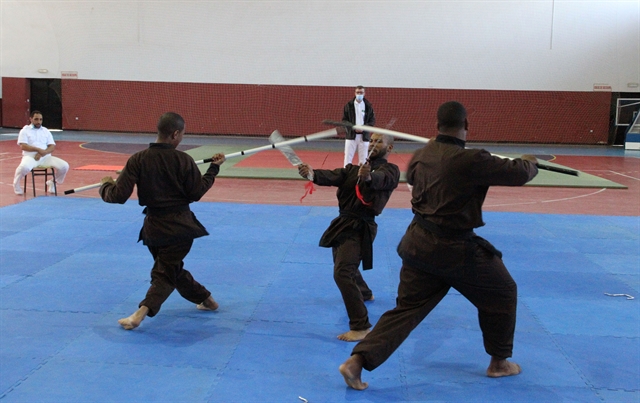 Currently, the host, the Federation of Vietnamese Traditional Martial Arts in Algeria and the Algerian government agencies, have completed the final preparations for the tournament, including training referees under the supervision of Nguyễn Công Tốt, Vice President of the World Federation of Vietnamese Traditional Martial Arts.

According to Tốt, he has coordinated with Rabie Aït Medjber, president of the Federation of Vietnamese Traditional Martial Arts in Algeria to organise training sessions for referees, discussed the organisation of the whole tournament, and met with relevant parties such as the Vietnamese Ambassador to Algeria, the Algerian Ministry of Youth and Sports to prepare for the event.

Vietnamese Ambassador to Algeria Nguyễn Thành Vinh said that the event, viewed as a major one in Algeria and for the World Federation of Vietnamese Martial Arts, was initially planned to take place two years ago but had to be postponed due to the COVID-19 pandemic.

Vinh added that the Embassy of Việt Nam has helped in preparing for the tournament and will organise activities on the sidelines of the event that promote Vietnamese culture and cuisine.

Related to the upcoming Southeast Asian (SEA) Games 31, vovinam has a great opportunity to assert itself and reach strong heights after three consecutive Games absences.

At the 31st Games to be held in Việt Nam in May, vovinam will have 15 sets of medals, including six combat events and nine performance events. In addition to veteran and experienced athletes, some young athletes are also given the opportunity to compete and promote vovinam with international friends. — VnExpress News