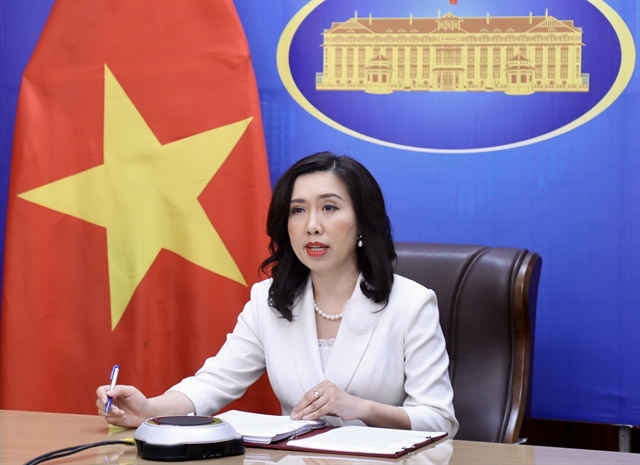 HÀ NỘI — Việt Nam has reached agreements on the mutual recognition of ‘vaccine passports’ with 17 countries as of March 17, said Spokeswoman for the Ministry of Foreign Affairs Lê Thị Thu Hằng.

Hằng said under the Prime Minister’s direction, the foreign ministry and Việt Nam’s overseas representative agencies have actively held negotiations and accelerated the mutual recognition of ‘vaccine passports’ with other countries and territories.

They are: the US, UK, Japan, Australia, Belarus, India, Cambodia, the Philippines, the Maldives, Palestine, Turkey, Egypt, Sri Lanka, New Zealand, Singapore, Saint Lucia, and the Republic of Korea.

Holders of ‘vaccine passports’ of these countries and Việt Nam are entitled to the same medical requirements as those for local vaccinated people, she noted, adding that the recognition includes the exemption of procedures for consular authentication/legalisation when using these papers in the countries of destination.

A ‘vaccine passport’ is a COVID-19 vaccination certificate or/and a COVID-19 recovery certificate that can be used as proof of a person’s vaccination and recovery history and does not replace other exit and entry papers such as passports, visas, international travel documents, laissez-passers, temporary and permanent residence cards, and visa exemption certificates.

A foreign ‘vaccine passport’ is viewed as valid and can be used directly in Việt Nam if it is officially or temporarily recognised by the Vietnamese Government, Hằng added.

The list of the recognised “vaccine passports” are published on the portal of the MoFA’s Consular Department at https://lanhsuvietnam.gov.vn.

Việt Nam has completely reopened international tourism activities since March 15, 2022, and foreign tourists can travel to the country without the need for vaccine certificates or quarantine. Pre-pandemic visa policies – including unilateral/bilateral visa exemptions and e-visa issuance – have also been reinstated after two years of border closures. — VnExpress News