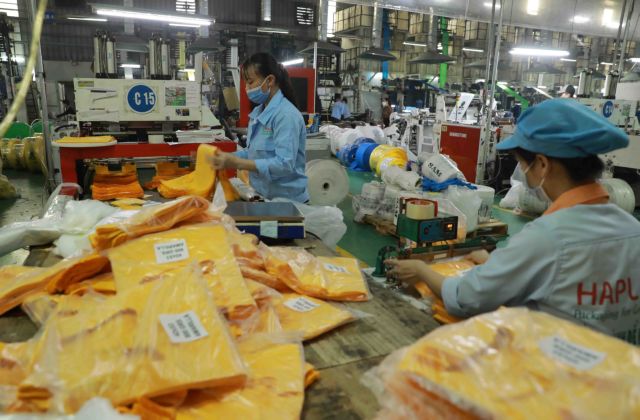 OTTAWA — Professor Julie Đài Trang Nguyễn (Julie Nguyễn), director of the Canada-Vietnam Society (CVS), highlighted the importance of Việt Nam to Canadian businesses during talks at the Standing Committee on International Trade under the House of Commons of Canada on Wednesday.

Since 2015, Việt Nam has maintained its position as Canada’s largest trading partner in the Association of Southeast Asian Nations (ASEAN) region, she said.

Trade turnover between Canada and Việt Nam exceeded US$6 billion last year, up 19 per cent compared to 2020.

According to Professor Nguyễn, trade diversification is important for the Canadian economy and drives the need for Ottawa to build strong relationships with Asian countries.

ASEAN – a trading bloc with a total population of 700 million and GDP of up to C$5 trillion – is currently Canada’s sixth-largest trading partner.

Bilateral trade between Canada and ASEAN reached C$26.7 billion (nearly US$21 billion) in 2020, while services trade amounted to C$5.8 billion, she said, adding that these figures are expected to grow in the context that Canada has permanent diplomatic missions in all 10 ASEAN member countries.

Nguyễn said that Việt Nam will be an important security partner in Canada’s Indo-Pacific strategy, as both countries are committed to multilateralism, global security and combating climate change. She suggested that Canada could consider joining Việt Nam’s network of free trade agreements, which currently cover 60 economies representing 90 per cent of the world’s GDP.

During the hearing on trade opportunities for Canadian businesses in the Indo-Pacific, she also reiterated the fundamental factors of the long-standing relationship between Canada and Việt Nam. Both countries are members of the Francophonie Community and participating in the Comprehensive and Progressive Agreement for Trans-Pacific Partnership (CPTPP), she said.

The Comprehensive Partnership Agreement between Việt Nam and Canada was signed in 2017, and Việt Nam has become one of the five top countries sending students to Canada since 2019.

Talking to the Vietnam News Agency correspondent in Ottawa, Nguyễn – who is also Director of the Canada – Việt Nam Trade Council, said she believes that cooperation between the two countries will continue to develop in all fields, especially trade, when Canada realises the growing importance of Việt Nam and the Indo-Pacific region to the supply chain, and the long-term economic growth of Canada.

Soon, more events will be organised by the council aiming to provide information and facilitate trade and investment exchanges between the two countries, she said. — – VnExpress News