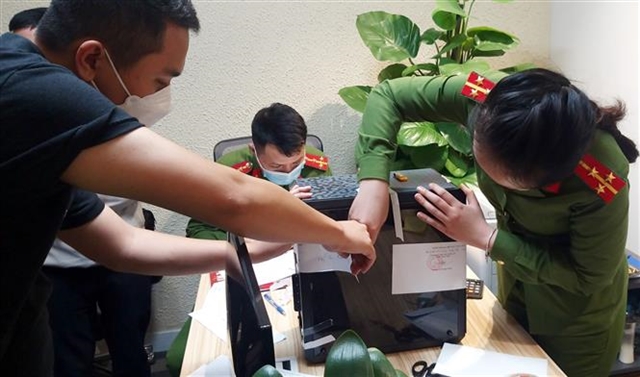 The Supreme People’s Procuracy approved the decisions and procedural orders in accordance with the law.

Earlier, the Investigation Police Agency also launched criminal proceedings against and detained Quyết, and two accomplices, Trịnh Thị Mai Huệ and Trịnh Thị Thúy Nga in service of the investigation on the charge of stock market manipulation. Huệ and Nga are younger sisters of Quyết.

On January 10, Quyết sold 74.8 million FLC shares without any reports and notifications in advance as stipulated in regulations, triggering public concern and pushing the stock market into chaos.

The State Securities Commission of Vietnam (SSC) immediately decided to block Quyết’s securities accounts to prevent him from committing other illegal acts.

The SSC also asked the Hồ Chí Minh Stock Exchange (HoSE) to cancel the transactions of the 74.8 million FLC shares. Many investors were refunded.

On January 18, it issued another decision under which Quyết was fined VNĐ1.5 billion (US$65,600), the heaviest penalty in line with regulations, and banned him from stock trading activities for five months.

It was the second time that Quyết was fined by the SSC for the same offence. In 2017, he was fined VNĐ65 million for selling 57 million FLC shares without proper notice. — VnExpress News