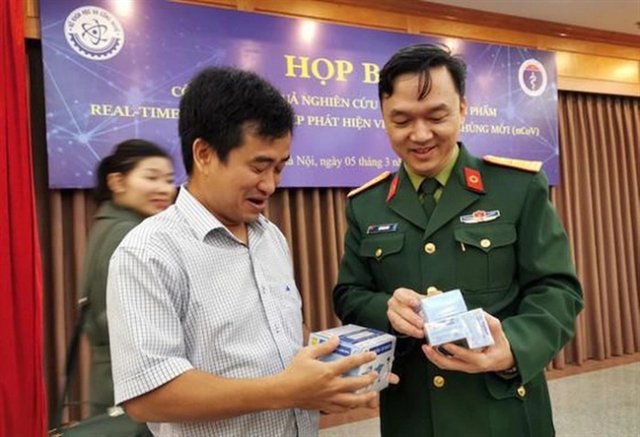 HÀ NỘI — Two officers of the Military Medical University were seized on Tuesday as part of an investigation into violations by Việt Á Technologies JSC.

The company is suspected of overcharging COVID-19 testing kits and colluding with managers of hospitals and centres to use its test kits during 2020-21.

On December 10 last year, the Investigative Police Agency conducted an emergency search of 16 locations in eight localities and summoned 30 individuals involved in the case.

In April 2020, the Ministry of Health licensed the company to distribute COVID-19 test kits. Since then, it has supplied test kits to Centres for Diseases Control (CDC) and other medical facilities in 62 provinces and cities across the country, taking a revenue of nearly VNĐ4 trillion (US$175.2 million).

The initial investigation showed that Phan Quốc Việt, general director of Việt Á Technologies, and key leaders of the company had taken advantage of the urgent demand for test kits and provided hospitals and CDCs with medical materials in advance.

They then colluded with leaders of these units so that Việt Á Technologies could provide COVID-19 test kits at prices set by the company, which were much higher than the production costs.

A number of leaders of provincial and municipal Centres for Disease Control and Prevention involved in the case have been arrested and investigated previously. — VnExpress News