Two officials at Hanoi’s Military Medical Academy were arrested Tuesday for their involvement in the test kit fraud of Viet A Technology Corporation.

Colonel Ho Anh Son, deputy director of the academy’s Military Medical Research Institute, is being investigated for “embezzlement” and “abuse of power and official position” in line with the Penal Code while Senior Colonel Nguyen Van Hieu, head of the Equipment and Supplies Department, is under investigation for “violating regulations on bidding, causing serious consequences.”

Phan Quoc Viet, general director of Viet A, admitted in January that he had inflated the price of a Covid-19 test kit by 45 percent and sent around VND800 billion ($35.2 million) as “bonuses” to company partners.

Viet said he had bribed certain individuals to earn over VND500 billion.

The police said he had conspired with leaders of the Center for Disease Control (CDC) in several localities to win bids for his company’s Covid-19 test kits, and bribed Director of the Hai Duong CDC Pham Duy Tien with VND27 billion.

Colonel Son told VnExpress last December, shortly after Viet was arrested, that Viet A had joined the research team to produce the test kit from the beginning because of the urgent demand for domestic use.

“The test kit produces high accuracy and Viet A’s violations have nothing to do with the research project,” he said.

Last Friday, the Communist Party’s Central Inspection Committee, the Party’s top watchdog, concluded that the Standing Committee of Military Medical Academy’s Party Committee had violated the principle of democratic centralism and the working regulations of the Party aside from being irresponsible and loosening leadership and supervision to allow officials at the academy to violate regulations when proposing and performing national-level scientific and technological tasks, which are studying and manufacturing the test kit in collaboration with Viet A.

Related to the Viet A scam, 21 people are now under investigation and assets worth VND1.6 trillion in total have been seized.

Among them are Nguyen Nam Lien, head of the Financial Planning Department under the Ministry of Health, Nguyen Minh Tuan, former head of ministry’s Department of Medical Equipment and Construction, and Trinh Thanh Hung, deputy head of the Department of Science and Technology for Economic-Technical Branches under the Ministry of Science and Technology. They are being probed for “abuse of power and official position.”

Directors of several CDCs, including those of Nghe An, Binh Duong, Bac Giang and Hai Duong provinces have been arrested for “violating regulations on bidding, causing serious consequences.” 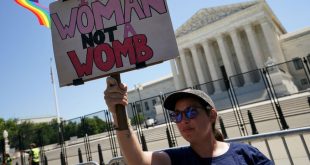