The emotional roller coaster of the SEA Games 31 has taken us from top-notch competitions, the great international sportsmanship and solidarity between countries to the ultimate joy of fans throughout the region, cheering the victories of their nations.

And from those great pictures of this year’s Games, many brave young talents took their chance and stepped into the spotlight to fly higher on their journey to glory.

Let’s take a look at some of the most outstanding young athletes who succeeded in leaving their mark on Southeast Asia’s biggest sports competition. 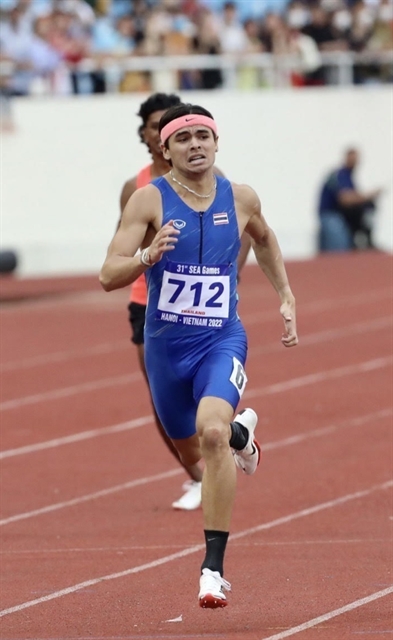 Leaving Việt Nam with four gold medals, in the men’s 400m, 800m, 4x400m men’s relay and 4x400m mixed relay, it has been a hugely successful Games for the teen sprinter who turns 19 tomorrow.

Despite his young age, Atkinson has already played a key role in Thailand’s athletics team, helping his country take all these titles from Việt Nam, who won them at the last Games in the Philippines in 2019.

With a long career ahead, the Australian-Thai is expected to be a big champion contender in the next Games. 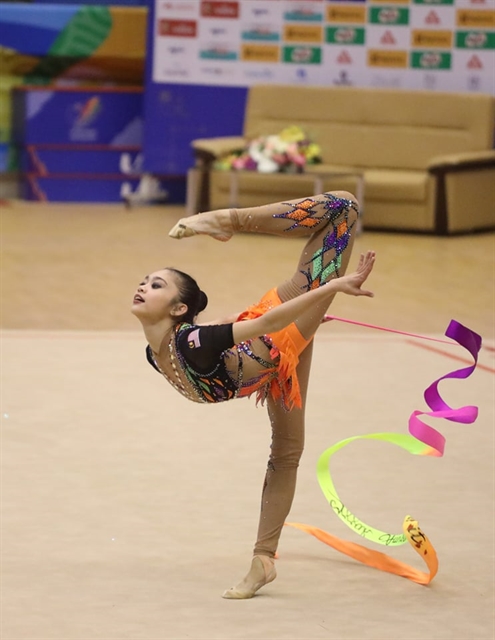 For her first visit to Việt Nam, Malaysia’s Koi Sie Yan has quite the souvenir; the rhythmic gymnastics gold medal.

With Yan’s gold, the future of rhythmic gymnastics looks promising for Malaysia and the 23-year-old. This gold medal is not only a victory but also for the next generation of Malaysia in this sport, and they will be hot favourites to win more gold medals in the upcoming competitions. 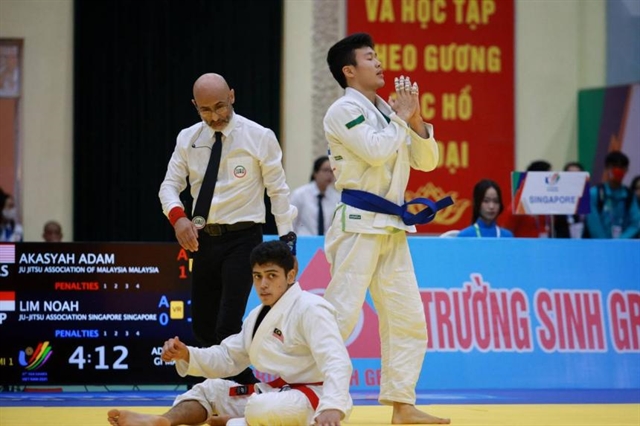 While many believe that Lim is one of the most talented athletes at the Games, it might still surprise them to know that three years ago at the 2019 SEA Games in the Philippines, Lim, 16-year-old at the time, had already won the U-62kg gold medal, which was Singapore’s first SEA Games gold in the sport.

Keeping up the great form, many golds are awaiting the Singaporean grappler in the future. 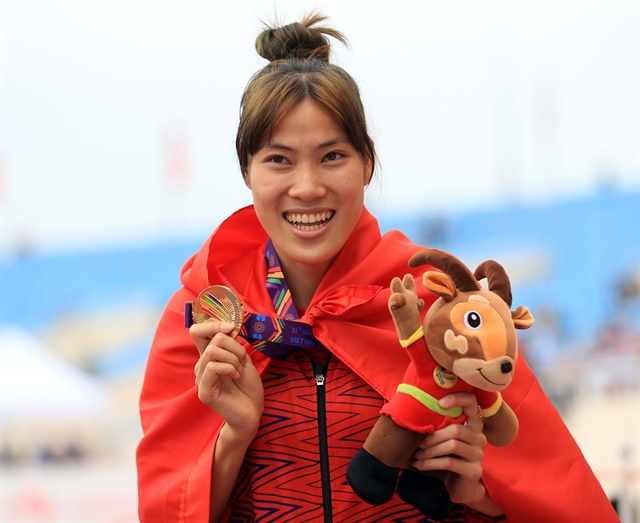 May 16 was probably one of the most memorable days for 21–year–old Bùi Thị Nguyên, who brought home the gold medal for Vietnamese athletics in the women’s 100m hurdles.

With a time of 13sec 51, Nguyên’s result is a little behind the legendary Vũ Bích Hường’s record of 13sec 36.

However, what’s more meaningful for Nguyên is the praise from Hường herself. The Vietnamese legend felt extremely happy that Vietnamese track and field still has talent in hurdles after her generation.

With the encouragement from the great seniors, let’s hope that Nguyên can live up to expectations. 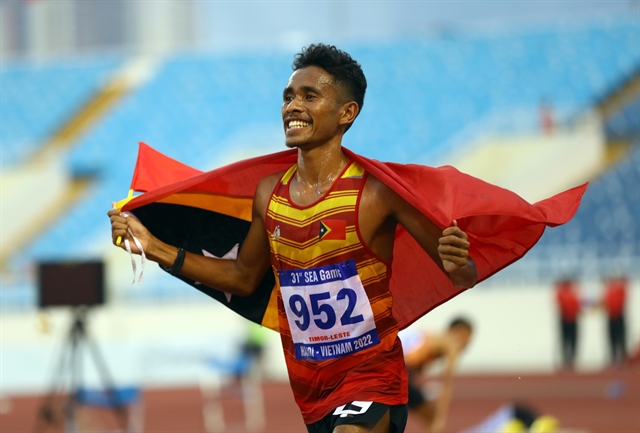 Overcoming all difficulties to step up on the SEA Games medal podium is more than a just win for Timor Leste’s Felisberto de Deus. VNA/VNS Photo Huy Hùng

Felisberto de Deus, 23, with a Vietnamese flag in his hand waving at the fans, proved to be one of the best sportsmanship moments in the Games’ history.

Deus has every reason to be proud; his silver medal in the men’s 10,000m, alongside the first in the men’s 5,000m event, has made Timor Leste history as the first Timorese runner to win an SEA Games medal in athletics.

With hardship and poor training conditions, Deus’ incredible determination and hard work are already a big win in the hearts of fans all around Southeast Asia. 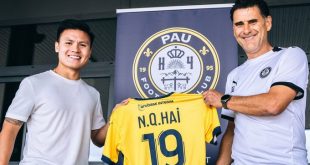