This is one of the important rituals of the Ê Đê people, which takes place when a new crop planting season begins. They believe that the ritual will bring them good weather and a bumper crop.

During the days of the ritual, people in the village do not work in the fields or travel far. They only stay in the village to focus on this activity.

They also prepare models, often made from wood, to perform the ritual, such as the rice warehouse, which symbolises the wish to be full; and the shield and sword, to ward off evil spirits.

In addition, they also bring production tools such as grass rakes, hole punching sticks, rice seed canisters and some offerings to the gods like roosters and rượu cần (straw liquor). 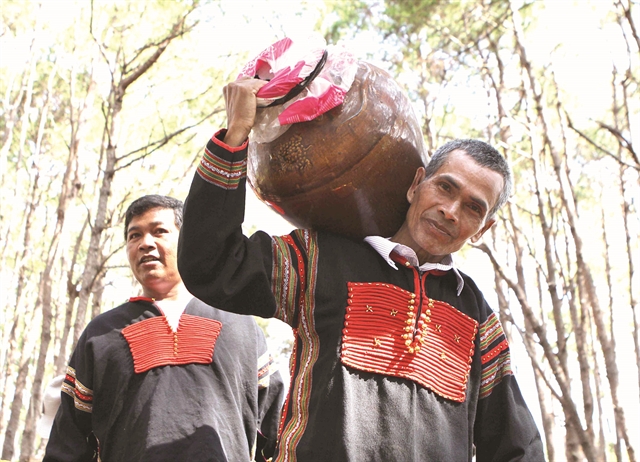 Among the offerings to the gods, a jar of rượu cần (straw liquor) is indispensable. VNA/VnExpress News Photo Dương GIang 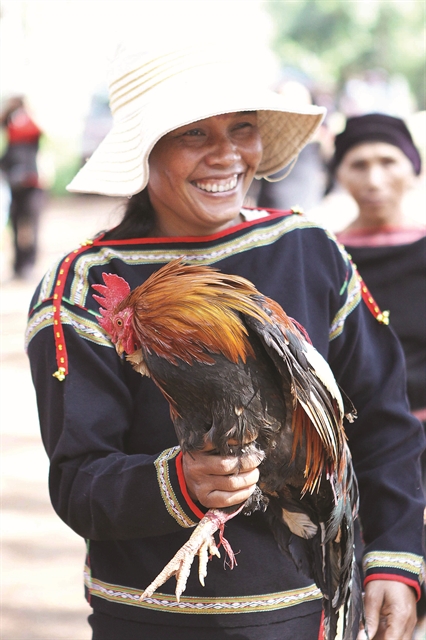 The rooster was used as an offering to the gods. VNA/VnExpress News Photo Dương Giang

The host of the ceremony will pray to heaven and earth for good weather and grain. After that, the village sends people to perform the trỉa lúa ritual (put the seeds in the hole and fill it with soil) around the ceremonial pillar. 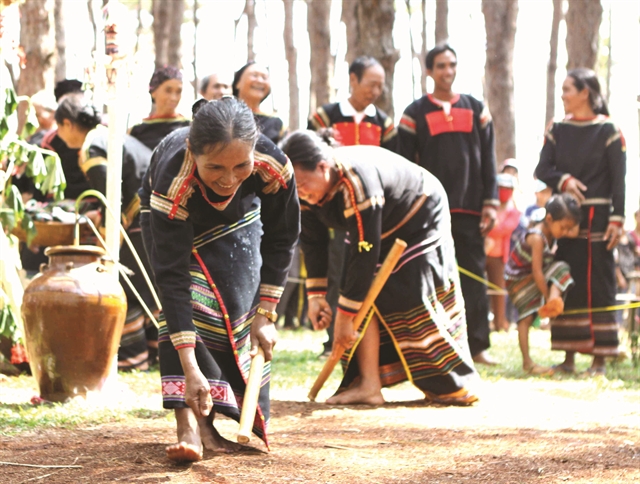 An Ê Đê woman pokes holes in the ground as part of the ritual. VNA/VnExpress News Photo Dương Giang 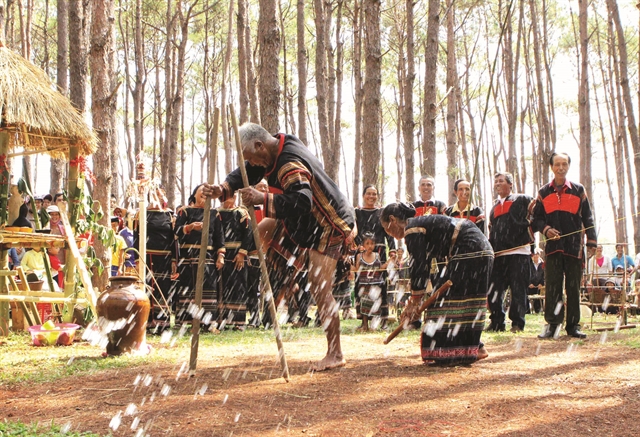 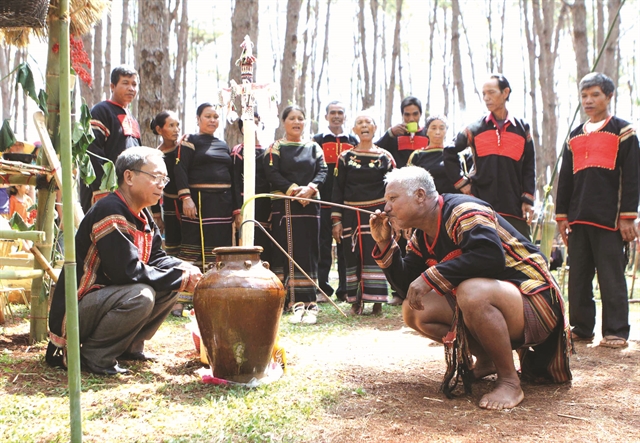 The host then splashes water to bless and pray for rain against drought. At the end of the worshiping ceremony, the Ê Đê people go home and drink liquor to celebrate a new farming season. VnExpress News