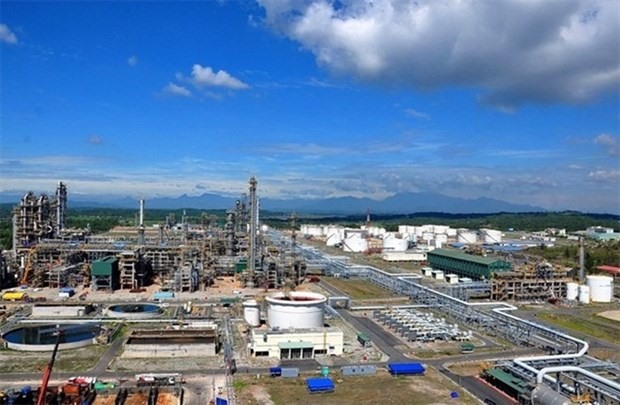 Domestic petrol prices hit an 8-year high after the Ministry of Industry and Trade (MoIT) adjusted the retail prices up by around 3.9 per cent on Friday – its third consecutive increase this year and the fourth in a row.

The prices of diesel 0.05S and kerosene also went up by VNĐ962 and VNĐ958 per litre, respectively.

The fuel price rise matched the market expectation and was in line with global oil prices.

In global markets on Friday, Brent crude futures increased 3.3 per cent to settle at $94.44 a barrel while US West Texas Intermediate crude rose 3.6 per cent to $93.10 a barrel. Both benchmarks touched their highest level since late 2014 on escalating fears of an intervention in Ukraine by Russia and concerns over tight global crude supplies as demand recovers post-pandemic.

The International Energy Agency raised its 2022 demand forecast and expects global demand to expand by 3.2 million barrels per day (bpd) this year to reach an all-time record 100.6 million bpd.

In a note to its clients, Goldman Sachs analysts predicted Brent crude to top $100 per barrel in the third quarter.

In the domestic market, the petrol price grew around 50 per cent since February 2021 and 9 per cent this year.

Besides the global impact, according to experts, reduced production by Việt Nam’s largest refinery Nghi Sơn was partly blamed on costlier fuel prices and fuel shortages in some southern localities since early this year.

The Thanh Hóa-based refinery has cut production by 20 per cent since January due to cash shortages which it said if not resolved, it might shut down the plant in mid-February.

Though this scenario will not happen after the plant managers reached a short-term funding deal with PetroVietnam to keep the plant operational. Shareholders of Nghi Sơn Refinery and Petrochemical LLC (NSRP) have accepted the principle of restructuring this factory proposed by PetroVietnam while the latter agreed to make an early payment under a fuel offtake agreement (FPOA).

In a meeting with MoIT last week, NSRP’s managers said the plant will run at 100-per-cent capacity from mid-March.

Nghi Sơn oil refinery has a capacity of 200,000 crude oil barrels a day, or 10 million tonnes a year, which is twice that of Dung Quất Oil Refinery in Quảng Ngãi Province. The two plants supply 75 per cent of domestic demand while the other 25 per cent comes from imports.

However, according to industry insiders, Nghi Sơn refinery could not immediately restore 100 per cent of its capacity in a short time as disbursing money and then importing crude oil also take time, but the situation will improve compared to the past few weeks.

Last week, the MoIT confirmed the supply shortage has only occurred locally at some petrol stations due to the practice of hoarding petrol for profit on the expectation of fuel price hike. The country’s petroleum reserves are enough for market consumption.

The Vietnam Oil Corporation (PVOil) has a plan to import more and is expected to receive imports of 26,000cu.m of gasoline and 42,000cu.m of oil on February 20. The Vietnam National Petroleum Group (Petrolimex) has also signed import contracts to ensure the supply of petroleum to the market according to the registered plan.

The Nghi Sơn incident raised concerns about the risk of disruption to domestic petroleum supply.

With an investment capital of $9 billion, Nghi Sơn refinery has been operating commercially since the end of 2018 and is expected to contribute to national energy security, meeting 40 per cent of the domestic petroleum demand.

It has four major shareholders, including PetroVietnam (25.1 per cent), Japan’s Idemitsu Kosan Co and Kuwait Petroleum (each 35.1 per cent) and Mitsui Chemicals Co (4.7 per cent).

According to the agreement with the investors, Nghi Sơn refinery enjoys incentives, including 10 per cent corporate income tax for 70 years; be compensated (from the money of PetroVietnam) for the 2017-27 period if the generally applied tax rate in the market is lower than the preferential tax; and a corporate income tax exemption for four years.

PetroVietnam has also been an off-taker of Nghi Sơn’s products for 15 years, with wholesale prices equivalent to imports at the same time plus a 3-7 per cent import tax incentive depending on the type of product. According to previous calculations, this group may have to compensate for a loss of $1.5-2 billion for Nghi Sơn.

According to PetroVietnam, Nghi Sơn refinery was put into commercial operation in the context of the world shifting to renewable energy, so the demand for gasoline decreased. Besides, the volatile market adversely impacted the profit margin of the oil refining industry while the COVID-19 pandemic had also a great influence on the project’s production and business efficiency.

In addition, shortcomings in the governance of Nghi Sơn led to financial difficulties that contributed to NSRP facing the risk of shutting down.

Meanwhile, Bình Sơn refinery demonstrated a different picture. In 2021, the company reported an estimated record profit of VNĐ6 trillion. Dung Quất oil refinery has a stable capacity, reaching 100 per cent of the plan with an output of 6.5 million tonnes of petroleum products.

According to economist Đinh Trọng Thịnh, NSRP has received many incentives from the State in terms of financial mechanisms, especially the mechanism to compensate selling prices when gasoline prices are low.

“When the plant’s production is unstable or has a problem, it will affect the Vietnamese petroleum market, because the market share of Nghi Sơn refinery is large. The risk of a factory shutdown is an important issue for the petroleum sector in particular and the economy in general, which urgently needs the intervention of State management agencies,” Thịnh was quoted as saying on tienphong.vn.

Besides, experts have suggested the Government, the Ministry of Industry and Trade, the Ministry of Finance and localities need to think more carefully about the plan to jointly restructure the NSRP to reduce the adverse impact of the plant’s production problems on the market and gradually reduce the dependence on NSRP’s contribution to the central and local budgets. — VnExpress News