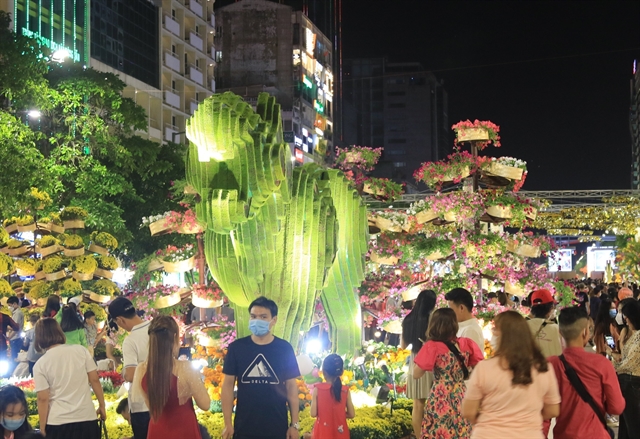 A visitor takes a photo with a statue of a tiger made of glass and green moss at the Nguyễn Huệ Flower Street. VNA/VnExpress News Photo by Hoàng Anh Tuấn

Nguyễn Huệ Flower Street attracted around 350,000 visitors from January 29 to February 6, a year-on-year increase of 440 per cent compared to last year’s event.

Visitors especially loved the wide variety of colourful flowers and tiger models and statues made of various materials like glass, plastic and wood to symbolise the Year of the Tiger.

Around 80 kinds of flowers and plants, including chrysanthemums, roses, orchids, azaleas, lotuses and cacti, were used in the flower arrangements. 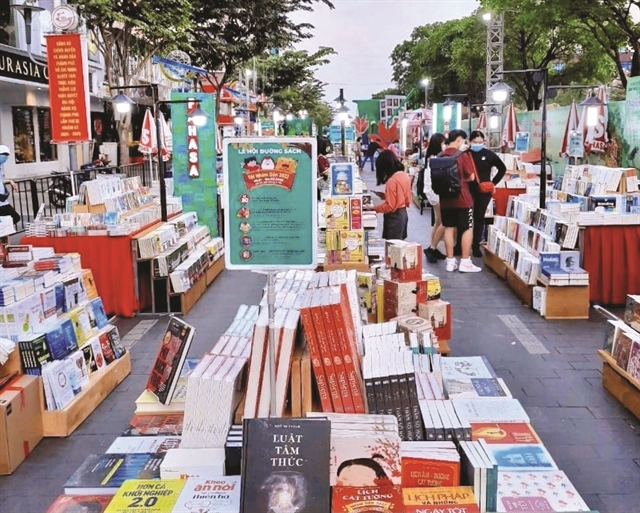 It also included several exhibitions displaying photos, articles and paintings on the fight against the COVID-19 pandemic of the city during the fourth wave of infections.

More than 100 special publications from the city’s major newspapers and magazines including Trẻ (Youth), Thanh Niên (Young People) and Sài Gòn Giải Phóng (Liberated Sài Gòn) were on display at the fair as well.

The HCM City Book Pedestrian Street on Nguyễn Văn Bình Street in District 1 welcome 60,000 visitors during the holiday, and had a revenue of VNĐ1.5 billion ($66,500)

The fair displayed more than 1,000 indigenous and foreign flowers, ornamental fish, bonsai plants and trees. It was open from January 27 to February 6 at Tao Đàn Park on Nguyễn Thị Minh Khai Street in District 1. – VnExpress News