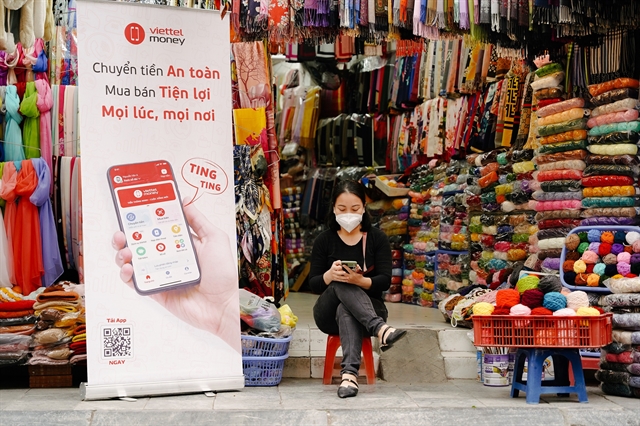 Mobile Money is expected to push cashless payments in Việt Nam, as only 70 per cent of the population have a bank account. — Photo courtesy of Viettel

HÀ NỘI — Telecommunications isn’t the booming industry it once was, thanks to the mobile market becoming saturated in recent years. This shift is forcing telecom providers to look for “new spaces” – one of which is Mobile Money.

In early December, after many years of waiting, the State Bank of Vietnam officially licensed three carriers, VNPT, Mobifone and Viettel, to pilot Mobile Money services. VNPT and Viettel are the only two that have so far put Mobile Money services into commercial use. Mobifone is still in the process of completing the preparation steps to participate in this area as soon as possible.

Mobile Money is expected to be a push towards cashless payments in Việt Nam, a country where only 70 per cent of the population have a bank account. The biggest difference between Mobile Money and e-wallets is that customers can pay for services and goods of small value, without a bank account. In addition, Mobile Money accounts can also be used on “feature phones” that do not have an internet connection.

Mobile Money services will be easy-to-use in rural and remote areas, where bank branches and the internet have not yet been strongly developed. People only need a telecommunications account to perform many different transactions, such as paying for goods and services of small value, transferring money and depositing or withdrawing money directly at the store.

Phạm Đức Long, Deputy Minister of Information and Communications, said Mobile Money heralds a new stage in telecommunications business as telecom providers officially enter the fintech market. In the past they made e-wallets and payment intermediaries, but the market was small.

Once Mobile Money services are licensed, in theory any telecommunications subscriber can access the service. However, operators must ensure that subscribers have the correct identification information to provide services, as well as bring convenience and trust to customers, Long said.

The country’s telecom market currently has about 126.3 million subscribers, of which the three largest carriers and those licensed to pilot Mobile Money account for more than 97 per cent of the market share. Among more than 126.3 million existing subscribers, the proportion of users with 2-3 telecommunication accounts is very large. Therefore, the three providers will face huge competition to attract customers to their Mobile Money service.

A VNPT representative said that Mobile Money services among network operators will share common characteristics, but will also have their own strengths. With VNPT, the advantage will be their experience in successfully implementing digital financial services in recent years. VNPT also has the strength of a large service ecosystem, a loyal customer base, and a team of highly qualified and enthusiastic human resources.

Those are the resonating factors that help VNPT’s Mobile Money to be eligible for sustainable development, bringing a lot of value to the community and the country. VNTP will integrate Mobile Money into their existing digital payment ecosystem so that users can have the most convenient access to use Mobile Money in all transactions in daily life, the representative said.

He suggested adjusting the draft Mobile Money business policy related to service implementation, such as extending transaction limits for customers and expanding the selection criteria for business locations. VNPT also proposes issuing policies and co-operation mechanisms between Mobile Money service providers, so that users can use Mobile Money between different telecom providers.

A Viettel representative said the fact that all three operators are licensed to pilot Mobile Money will help increase the coverage of this service. Many people still do not have access to digital payments and digital finance is a huge space. Viettel has built and accumulated the digital financial ecosystem for more than 10 years.

“Viettel hopes that the Mobile Money service will contribute to the development of a comprehensive financial system in Việt Nam and the goal of making non-cash payments a habit of the people. In addition, we also expect that people who have never had access to bank accounts, digital payment electronic services could access this type of digital payment more easily, thus improving knowledge and bringing digital utilities to change the lives of many people,” he added.

Mobifone said that, as it has just been licensed as a payment intermediary, it will have to complete its system. They will provide their Mobile Money service a bit later than VNPT and Viettel. Mobifone expects that early this year they will be able to internally test their service. The trial period will be between three weeks and a month, after which Mobifone will open their Mobile Money service subscribers nationwide.

In order to develop Mobile Money and support remote areas, to narrow the digital gap and promote socio-economic development, the telecom providers need to pay special attention to the customer’s experience, thereby creating a spillover so that Mobile Money can really “take off”. — VnExpress News 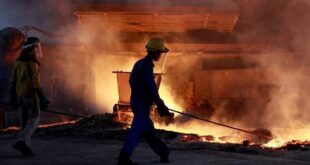