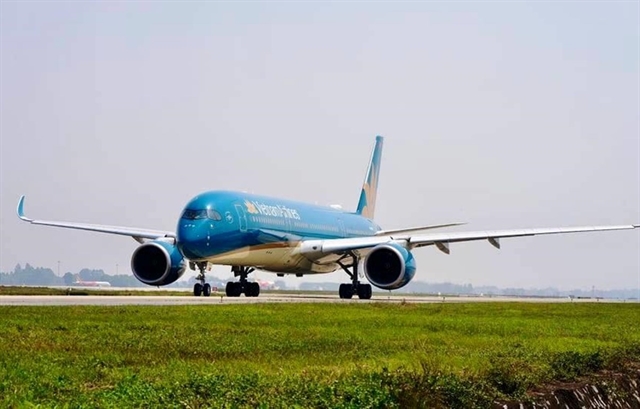 HÀ NỘI — Shares had a good start on Monday, driven by the strong growth of blue chips in the banking and aviation stock groups.

Market breadth was positive with 289 gainers and 145 losers, while 65 shares ended flat.

Liquidity stayed low with more than 587.2 million shares traded on the southern bourse, worth VNĐ16.5 trillion (US$711.8 million).

Aviation-related stocks on Monday stood out as confidence was lifted thanks to the restoration of international flights and tourism re-opening.

Vietnam Airlines (HVN) and Vietjet (VJC) soared 3 per cent and 4 per cent, respectively.

“VN-Index opened with a positive gap towards the resistance area of 1,290 before the selling force pushed the index back to 1,280 zone,” said BIDV Securities Co.

“However, buyers then dominated and brought the index back to close at 1,290, gaining eight points.

“Regarding the transaction of foreign investors, today they bought more than VNĐ1 trillion on the HoSE. In the coming sessions, the market will probably trade in the 1,285-1,290 zone,” the company said.

Foreign investors net bought VNĐ1.67 trillion on HOSE, including FUEVFVND with VNĐ1.1 trillion, FPT Corporation (FPT) with VNĐ362.66 billion, Sacombank (STB) with VNĐ45.04 billion. They were net sellers on HNX with a value of VNĐ575.73 million.

The index had risen 1.35 per cent last week.

Liquidity also stayed at a relatively low level with 81.4 million shares worth nearly VNĐ1.8 trillion being traded on the northern market. — VNS