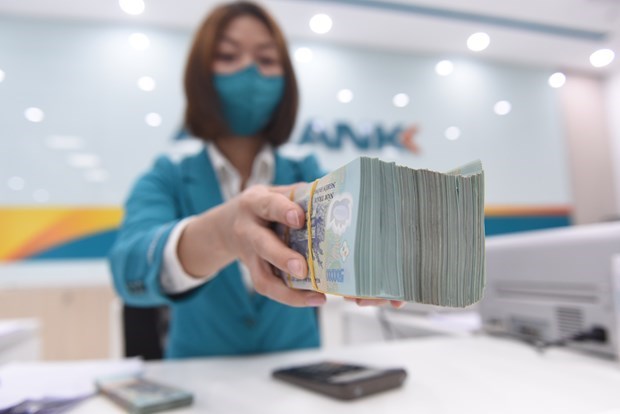 A teller counts money at an ABBank office in Hà Nội. Bad debts of credit institutions will be likely handled according to the pilot Resolution 42/2017/QH14 until 2025. — VNA/VnExpress News Photo

HÀ NỘI — The State Bank of Việt Nam (SBV) has proposed to continually handle bad debts of credit institutions based on the provisions of pilot Resolution 42/2017/QH14 until 2025 instead of this year.

The National Assembly (NA) approved Resolution 42 on piloting the bad debt settlement of credit institutions in 2017, however, the policy will expire on August 15 this year.

Under a resolution draft made public this week for comments, the SBV has proposed extending the application of the pilot resolution until August 15, 2025. During the extension, the Government will be responsible for studying and proposing to develop a new law on bad debt settlement of credit institutions.

To meet the current legal regulations related to procedures and deadlines, the Government will propose the NA allow the application of the shortened procedures to pass the extended resolution at the NA’s meeting in May 2022, according to the draft.

According to the SBV, after five years of implementing the resolution, the bad debt settlement of credit institutions has achieved positive results. Accordingly, from August 15, 2017 to November 30, 2021, VNĐ373.3 trillion of bad debt was recovered according to Resolution 42. On average, some VNĐ5.66 trillion of bad debts were handled monthly during the application of Resolution 42, against about VNĐ2.14 trillion previously.

However, the outbreak of the COVID-19 pandemic has negatively affected the credit quality of the credit institution system. Bad debts have been increasing since 2020 and reached more than 2 per cent by the end of November 2021. Many warnings showed bad debt will continue to rise again due to the pandemic’s impacts.

The SBV, therefore, has proposed to legislate the policies specified in Resolution 42 into a new law to continually enable the banking industry to settle bad debts of credit institutions. The issuance of a new law on bad debt handling will help credit institutions maintain and accelerate the handling of bad debts to avoid potential risks for the economy.

According to banking expert Cấn Văn Lực, one of the major problems when dealing with bad debts currently is the handling of collateral. The right to seize security assets of a credit institution is one of the key contents in Resolution 42, but it does not specify regulations when the borrowers do not cooperate. Therefore, as Resolution 42 will expire next year, Lực said it is necessary to have a law on bad debt settlement with a stronger legal framework.

Lawyer Trương Thanh Đức, director of ANVI Law Firm, said Resolution 42 has a good effect in dealing with bad debts, however, the policy still needs to be further streamlined to improve the handling of bad debts of the banking industry. — VnExpress News